GUILTY BY REASON OF INSANITY: WHY THE DEMOCRATS MUST NOT WIN, by David Limbaugh  (Author) 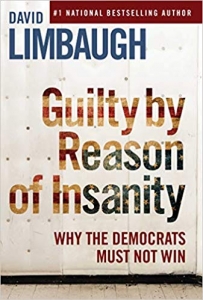 LIMBAUGH: IN LEAD-UP TO 2020, DEMOCRATS HAVE

Washington, D.C. —For over two centuries, Americans of all parties have battled through disagreements with civility, rationality, and a unified love for all things American.

No longer. The Democratic Party has traded reason for extremism, radicalizing to the point of insanity.

In Guilty by Reason of Insanity: Why the Democrats Must Not Win   lawyer and #1 bestselling author, David Limbaugh, makes his long-anticipated return to political writing to warn that the Democratic Party—united with a broad array of militant left-wing interest groups, radical academics, Antifa shock troops, and sympathetic tech monopolies—is prepared to carry out their agenda in 2020 and onward at any cost, even if it means embracing socialism and betraying our freedoms. With a passionate and reasoned case only an attorney could make, Mr. Limbaugh explains how the left demolished rationality and lost its mind—and the threat it now poses to all of us.

Guilty by Reason of Insanity exposes the terrifying reality of an America divided between conservatives who want to uphold the Constitution and America’s traditional values and way of life, and leftists who seek to overthrow it—by any means necessary. 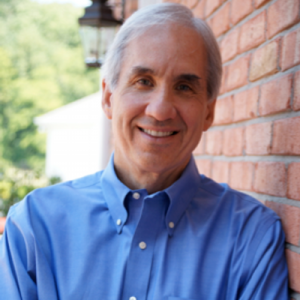 DAVID LIMBAUGH is a lawyer, nationally syndictated columnist, political commentator, and author of nine national bestsellers, including Crimes Against Liberty, The Great Destroyer, Jesus on Trial, and Jesus is Risen. The brother of radio talk show host Rush Limbaugh, he lives in Cape Giradeau, Missouri.