BOSTON (AP) The public is getting a look at thousands of secret government files related to President John F. Kennedy’s assassination, but hundreds of other documents will remain under wraps for now. The government was required by Thursday to release the final batch of files related to Kennedy’s assassination in Dallas on Nov. 22, 1963. But President Donald Trump delayed the release of some of the files, citing security concerns.

Thomas Chambers, Ph.D., professor of history at Niagara University has had a chance to look at some of the newly released documents and  isn’t expecting much from Thursday’s expected release of thousands of pages of government documents related to the assassination of President Kennedy. Dr. Chambers says the files will not constitute much more than the speculation that’s been rampant in the years since the 35th president was gunned down in Dallas.”I might compare this release of previously classified information to rummaging around the sofa cushions for loose change and not finding anything of significance,” said Dr. Chambers, “or perhaps stirring up even more conspiracy theories than we’ve been subjected to over the past 54 years.”Alluding to the fact that President Trump has been known to promise forthcoming information that amounts to little of substance, perhaps to distract from issues that cast him in a negative light, Dr. Chambers said, “The President might garner more attention by releasing files on Aaron Burr’s trial for Oswald treason three years after his duel with Alexander Hamilton, or the cover up of the disappearance of William Morgan, whose mysterious murder led to the Anti-Masonic Party, which was long attributed to the Masons.”The Kennedy files, by most accounts, are expected to contain an accounting of assassin Lee Harvey Oswald’s time in Mexico City in September 1963, two months before the Kennedy assassination. There has been speculation that Mexican officials may have provided information to the CIA before and after the assassination, which might prove embarrassing to their reputations.Others have said there is information pointing to a plot by then Soviet Union leader Nikita Krushchev to recruit Oswald. It has been said that Krushchev called off the order, but Oswald went ahead with the plan anyway.Still others believe the Mafia and/or Cuban President Fidel Castro were involved in the plan to kill President Kennedy.”It’s unlikely we’ll know anything for certain after these files are released,” said Dr. Chambers, “though it’s likely we’ll have another theory or two. The truth is most people who could have first-hand knowledge of what happened in 1963 are gone and we’ll never know the whole truth about whether Oswald acted alone or not.” 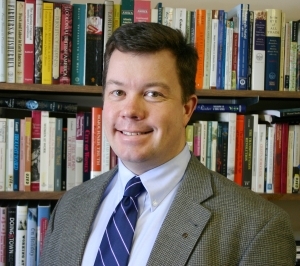 THOMAS A. CHAMBERS is Professor of American History at Niagara University. He is also a fellow of the New York Academy of History. He is author of Memories of War: Visiting Battlegrounds and Bonefields in the Early American Republic (Cornell University Press). He is a speaker in the War of 1812 Commemorative Series from the New York Council on the Humanities. 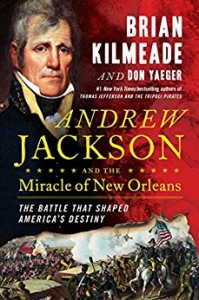 The War of 1812 saw America threatened on every side. Encouraged by the British, Indian tribes attacked settlers in the West, while the Royal Navy terrorized the coasts. By mid-1814, President James Madison’s generals had lost control of the war in the North, losing battles in Canada. Then British troops set the White House ablaze, and a feeling of hopelessness spread across the country.Into this dire situation stepped Major General Andrew Jackson. A native of Tennessee who had witnessed the horrors of the Revolutionary War and Indian attacks, he was glad America had finally decided to confront repeated British aggression. But he feared that President Madison’s men were overlooking the most important target of all: New Orleans.If the British conquered New Orleans, they would control the mouth of the Mississippi River, cutting Americans off from that essential trade route and threatening the previous decade’s Louisiana Purchase. The new nation’s dreams of western expansion would be crushed before they really got off the ground.So Jackson had to convince President Madison and his War Department to take him seriously, even though he wasn’t one of the Virginians and New Englanders who dominated the government. He had to assemble a coalition of frontier militiamen, French-speaking Louisianans, Cherokee and Choctaw Indians, freed slaves, and even some pirates. And he had to defeat the most powerful military force in the world—in the confusing terrain of the Louisiana bayous.In short, Jackson needed a miracle. The local Ursuline nuns set to work praying for his outnumbered troops. And so the Americans, driven by patriotism and protected by prayer, began the battle that would shape our young nation’s destiny.
As they did in their two previous bestsellers, Kilmeade and Yaeger make history come alive with a riveting true story that will keep you turning the pages. You’ll finish with a new understanding of one of our greatest generals and a renewed appreciation for the brave men who fought so that America could one day stretch “from sea to shining sea.” 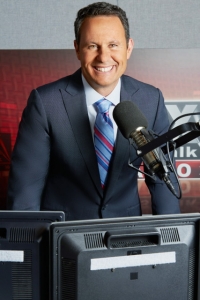 BRIAN KILMEADE joined Fox News in 1997. He was soon named co-host of Fox & Friends, where he works alongside Steve Doocy and Ainsley Earhardt. After Fox & Friends from 6 – 9AM ET.  Kilmeade hosts his nationally syndicated radio show, “The Brian Kilmeade Show” on Fox News Talk from 9-12 noon. Brian has written 5 books, 3 of which were New York Times best sellers: ”The Games Do Count”, “It’s How You Play the Game” and more recently, “George Washington’s Secret Six” and “Thomas Jefferson and the Tripoli Pirates” co- written with Don Yaeger. His latest: “Andrew Jackson and the Miracle of New Orleans.”