CHARITY, THE ECONOMY, CAPITALISM VS SOCIALISM, AND THE RELIGIOUS AND SECULAR ORGANIZATIONS WORKING IN TANDEM TO MAKE OUR COUNTRY/WORLD A BETTER PLACE. IN CONJUNCTION WITH THANKSGIVING.

Pope Francis and the Caring Society is a thoughtful and in-depth exploration of the Pope’s earnest call for a dialogue on building a truly compassionate society. Francis’s fervent support for uplifting the poor and protecting the environment has inspired far-reaching discussions worldwide: Do capitalism and socialism have positive or negative social consequences? What is the most effective way to fight poverty? And what value does a religious perspective offer in addressing moral, political, and economic problems? Edited by economic historian Robert M. Whaples, Pope Francis and the Caring Society involves the work of eleven scholars well versed in the economics of poverty and the environment, conversant in Church doctrine and history, and attuned to the societal foundations of compassion, stewardship, and charity. 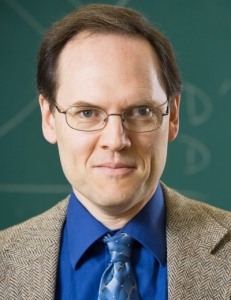 Robert M. Whaples is a Research Fellow at the Independent Institute, Co-Editor and Managing Editor for The Independent Review, Professor of Economics at Wake Forest University, Director and Book Review Editor for EH.NET, and a member of the Board of Advisors for the Center on Culture and Civil Society at the Independent Institute. He received his Ph.D. in economics from the University of Pennsylvania. He has also served as Assistant Professor of History at the University of Wisconsin at Milwaukee, Associate Editor of the Business Library Review, Chair of the Cliometric Society, and editor of EH.Net’s Encyclopedia of Economic and Business History. 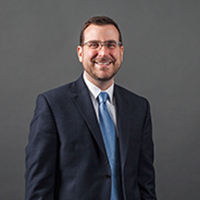 ADAM MOSSOFF, Professor of Law at George Mason University’s Antonin Scalia Law School 30 minutes joins us to discuss oral arguments taking place before the Supreme Court on November 27tht in the Oil States vs. Green Energy Services case on the constitutionality of the Patent and Trial Appeals Board (PTAB). 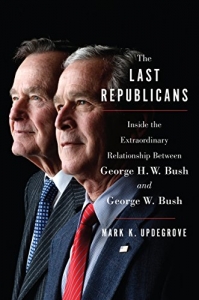 THE LAST REPUBLICANS: INSIDE THE EXTRAORDINARY RELATIONSHIP BETWEEN GEORGE H.W. BUSH AND GEORGE W. BUSH by Mark K. Updegrove  (Author)

A groundbreaking look at the lives of George H. W. Bush and George W. Bush, the most consequential father-son pair in American history, often in their own words.In this endearing, illuminating work, presidential historian Mark K. Updegrove tracks the two Bush presidents from their formative years through their post-presidencies and the failed presidential candidacy of Jeb Bush, derailing the Bush presidential dynasty.Drawing extensively on exclusive access and interviews with both Bush presidents, Updegrove reveals for the first time their influences and perspectives on each other’s presidencies; their views on family, public service, and America’s role in the world; and their unvarnished thoughts on Donald Trump, and the radical transformation of the Republican Party he now leads.In 2016 George W. Bush lamented privately that he might be “the last Republican president.” Donald Trump’s election marked the end not only to the Bushes’ hold on the White House, but of a rejection of the Republican principles of civility and international engagement and leadership that the Bushes have long championed.The Last Republicans offers revealing and often moving portraits of the forty-first and forty-third presidents, as well as an elegy for the Republican “establishment,” which once stood for putting the interests of the nation over those of any single man.

MARK K. UPDEGROVE is an author, historian, and the inaugural CEO of the National Medal of Honor Museum, to be built along the Charleston harbor in Mt. Pleasant, South Carolina. He previously served as the director of the LBJ Presidential Library in Austin, Texas from 2009 through February 2017.His other works include: Second Acts: Presidential Lives and Legacies After the White House (2006); Baptism by Fire: Eight Presidents Who Took Office During Times of Crisis (2009); Indomitable Will: LBJ in the Presidency (2012); and, Destiny of Democracy: the Civil Rights Summit at the LBJ Presidential Library (2015).He has written for The New York Times, American Heritage, The Nation, National Geographic, Parade, Politico, Texas Monthly, The Daily Beast, and TIME. And, he currently is an analyst for ABC News on matters relating to the presidency. 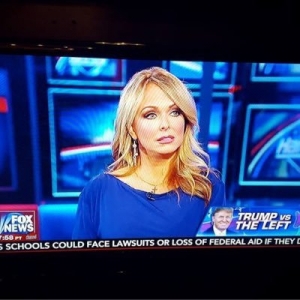 GINA LOUDON, author, anchor, columnist, show host, and frequent news commentator joins us to  discuss “six tips to keep the thanks in Thanksgiving.”

GINA LOUDON, PH.D. is an author, anchor, columnist, show host, and frequent news commentator. Dr. Gina was an official Trump campaign surrogate and a Trump delegate to the Republican National Convention. Her psychological, political, and social commentary is in high demand on networks around the world, including Fox News, Fox Business, CNN, CSPAN, ABC, Al Jazeera, BBC, HLN, and many more. Dr. Gina is a frequent guest-host for the Sean Hannity radio show, and is a bestselling author of two books. Dr. Gina was featured on the mainstage at CPAC 2016 & 2017. She has also worked as a popular weekly opinion columnist for outlets like Breitbart.com, Townhall.com, WND.com, & FoxNews.com.