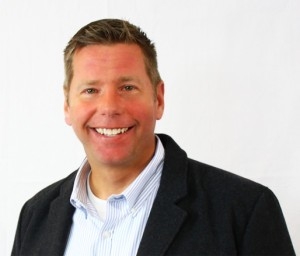 OUR GUEST HOST IS MCGRAW MILHAVEN 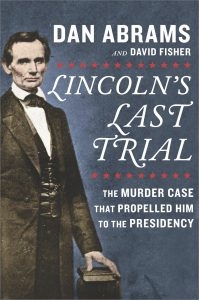 LINCOLN’S LAST TRIAL: THE MURDER CASE THAT PROPELLED HIM TO THE PRESIDENCY , by Dan Abrams  (Author), David Fisher (Author)

The true story of Abraham Lincoln’s last murder trial, a case in which he had a deep personal involvement—and which played out in the nation’s newspapers as he began his presidential campaign At the end of the summer of 1859, twenty-two-year-old Peachy Quinn Harrison went on trial for murder in Springfield, Illinois. Abraham Lincoln, who had been involved in more than three thousand cases—including more than twenty-five murder trials—during his two-decades-long career, was hired to defend him. This was to be his last great case as a lawyer. What normally would have been a local case took on momentous meaning. Lincoln’s debates with Senator Stephen Douglas the previous fall had gained him a national following, transforming the little-known, self-taught lawyer into a respected politician. He was being urged to make a dark-horse run for the presidency in 1860. Taking this case involved great risk. His reputation was untarnished, but should he lose this trial, should Harrison be convicted of murder, the spotlight now focused so brightly on him might be dimmed. He had won his most recent murder trial with a daring and dramatic maneuver that had become a local legend, but another had ended with his client dangling from the end of a rope. The case posed painful personal challenges for Lincoln. The murder victim had trained for the law in his office, and Lincoln had been his friend and his mentor. His accused killer, the young man Lincoln would defend, was the son of a close friend and loyal supporter. And to win this trial he would have to form an unholy allegiance with a longtime enemy, a revivalist preacher he had twice run against for political office—and who had bitterly slandered Lincoln as an “infidel…too lacking in faith” to be elected. Lincoln’s Last Trial captures the presidential hopeful’s dramatic courtroom confrontations in vivid detail as he fights for his client—but also for his own blossoming political future. It is a moment in history that shines a light on our legal system, as in this case Lincoln fought a legal battle that remains incredibly relevant today. 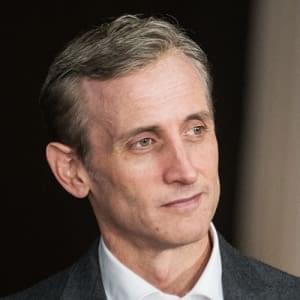 DAN ABRAMS is the Chief Legal A​nalyst​ for ABC News, and the host of top-rated cable series “Live PD” on A&E Network. He was previously the co-anchor of ABC’s Nightline, host of “The Abrams Report” and the acclaimed “Verdict with Dan Abrams” on MSNBC, as well as the long time Chief Legal Correspondent for NBC News. ​In those capacities, Dan has covered all of the highest profile cases of the past two decades. ​Dan also served as General Manager of MSNBC, where he presided over a period of unprecedented growth, with ratings and profits each increasing well over 50% during his tenure. A graduate of Columbia University Law School, Dan has ​also ​published numerous articles in the New York Times and Wall Street Journal, in addition to The Yale Law and Policy Review, ABCNews.com, and Mediaite.com, among many others. 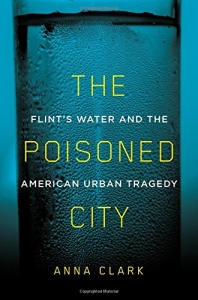 When the people of Flint, Michigan, turned on their faucets in April 2014, the water pouring out was poisoned with lead and other toxins.

Through a series of disastrous decisions, the state government had switched the city’s water supply to a source that corroded Flint’s aging lead pipes. Complaints about the foul-smelling water were dismissed: the residents of Flint, mostly poor and African American, were not seen as credible, even in matters of their own lives. It took eighteen months of activism by city residents and a band of dogged outsiders to force the state to admit that the water was poisonous. By that time, twelve people had died and Flint’s children had suffered irreparable harm. The long battle for accountability and a humane response to this man-made disaster has only just begun. In the first full account of this American tragedy, The Poisoned City recounts the gripping story of Flint’s poisoned water through the people who caused it, suffered from it, and exposed it. It is a chronicle of one town, but could also be about any American city, all made precarious by the neglect of infrastructure and the erosion of democratic decision making. Places like Flint are set up to fail―and for the people who live and work in them, the consequences can be fatal. 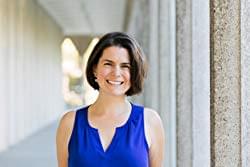 ANNA CLARK is a journalist in Detroit. Her writing has appeared in Elle Magazine, the New York Times, Politico, the Columbia Journalism Review, Next City, and other publications. She has been a Fulbright fellow in Nairobi, Kenya, and a Knight-Wallace journalism fellow at the University of Michigan. 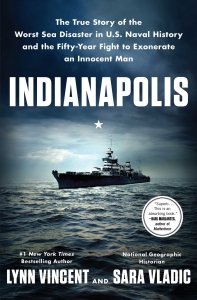 INDIANAPOLIS: THE TRUE STORY OF THE WORST SEA DISASTER IN U.S. NAVAL HISTORY AND THE FIFTY-YEAR FIGHT TO EXONERATE AN INNOCENT MAN, by Lynn Vincent  (Author), Sara Vladic  (Author)

Just after midnight on July 30, 1945, days after delivering the components of the atomic bomb from California to the Pacific Islands in the most highly classified naval mission of the war, USS Indianapolis is sailing alone in the center of the Philippine Sea when she is struck by two Japanese torpedoes. The ship is instantly transformed into a fiery cauldron and sinks within minutes. Some 300 men go down with the ship. Nearly 900 make it into the water alive. For the next five nights and four days, almost three hundred miles from the nearest land, the men battle injuries, sharks, dehydration, insanity, and eventually each other. Only 316 will survive. For the better part of a century, the story of USS Indianapolis has been understood as a sinking tale. The reality, however, is far more complicated—and compelling. Now, for the first time, thanks to a decade of original research and interviews with 107 survivors and eyewit­nesses, Lynn Vincent and Sara Vladic tell the complete story of the ship, her crew, and their final mission to save one of their own. It begins in 1932, when Indianapolis is christened and launched as the ship of state for President Franklin Roosevelt. After Pearl Harbor, Indianapolis leads the charge to the Pacific Islands, notching an unbroken string of victories in an uncharted theater of war. Then, under orders from President Harry Truman, the ship takes aboard a superspy and embarks on her final world-changing mission: delivering the core of the atomic bomb to the Pacific for the strike on Hiroshima. Vincent and Vladic provide a visceral, moment-by-moment account of the disaster that unfolds days later after the Japanese torpedo attack, from the chaos on board the sinking ship to the first moments of shock as the crew plunge into the remote waters of the Philippine Sea, to the long days and nights during which terror and hunger morph into delusion and desperation, and the men must band together to survive. Then, for the first time, the authors go beyond the men’s rescue to chronicle Indianapolis’s extraordinary final mission: the survivors’ fifty-year fight for justice on behalf of their skipper, Captain Charles McVay III, who is wrongly court-martialed for the sinking. What follows is a captivating courtroom drama that weaves through generations of American presidents, from Harry Truman to George W. Bush, and forever entwines the lives of three captains—McVay, whose life and career are never the same after the scandal; Mochitsura Hashimoto, the Japanese sub commander who sinks Indianapolis but later joins the battle to exonerate McVay; and William Toti, the captain of the modern-day submarine Indianapolis, who helps the survivors fight to vindicate their captain.A sweeping saga of survival, sacrifice, justice, and love, Indianapolis stands as both groundbreaking naval history and spellbinding narrative—and brings the ship and her heroic crew back to full, vivid, unforgettable life. It is the definitive account of one of the most remarkable episodes in American history.

LYNN VINCENT is the #1 New York Times best-selling writer of eleven nonfiction books with more than 16 million copies in print. Her best-known titles are Same Kind of Different as Me (with Ron Hall and Denver Moore) and Heaven is for Real (with Todd Burpo.) 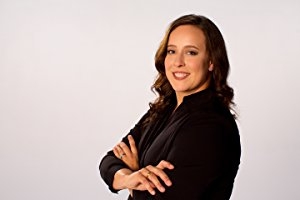 SARA VLADIC, an acclaimed documentary filmmaker, is one of the world’s leading experts on the USS Indianapolis, having become obsessed with the story at the age of thirteen. Over the next two decades, Vladic met and interviewed 107 of the ship’s survivors, and in 2016 she released an award-winning documentary film on the disaster, USS Indianapolis: The Legacy. She has published new research on Indianapolis in Proceedings, the official journal of the US Navy, and appeared as an expert commentator on PBS’s USS Indianapolis: Live from the Deep, which explored the ship’s wreckage. She and her husband, Ben, live in San Marcos, California.