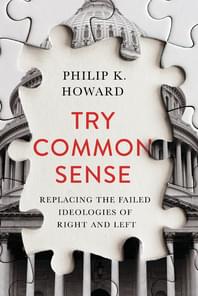 In this brief and powerful book, Philip K. Howard attacks the failed ideologies of both parties and proposes a radical simplification of government to re-empower Americans in their daily choices. Nothing will make sense until people are free to roll up their sleeves and make things work. The first steps are to abandon the philosophy of correctness and our devotion to mindless compliance. Americans are a practical people. They want government to be practical. Washington can’t do anything practically. Worse, its bureaucracy prevents Americans from doing what’s sensible. Conservative bluster won’t fix this problem. Liberal hand-wringing won’t work either. Frustrated voters reach for extremist leaders, but they too get bogged down in the bureaucracy that has accumulated over the past century. Howard shows how America can push the reset button and create simpler frameworks focused on public goals where officials―prepare for the shock―are actually accountable for getting the job done. 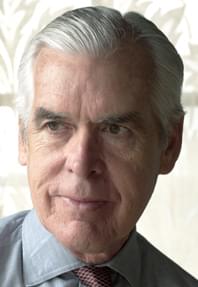 PHILIP K. HOWARD is the founder of Common Good, a nonprofit that advocates for simplifying government. He is Senior Counsel at the law firm Covington & Burling, LLP.His book, The Rule of Nobody, was a finalist for the Manhattan Institute’s Hayek Book Prize.