THE PRESIDENTIAL PROMISE TO BRING MANUFACTURING JOBS BACK TO THE UNITED STATES: THE FOXCONN  BIG BUSINESS DEAL IN JEOPARDY 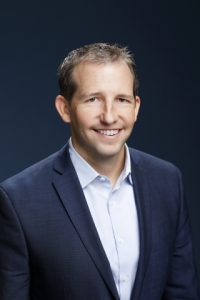 MATTHEW D. MITCHELL is a Senior Research Fellow and Director of the Equity Initiative at the Mercatus Center at George Mason University. He is also an adjunct professor of economics at Mason. In his writing and research, he specializes in public choice economics and the economics of government favoritism toward particular businesses, industries, and occupations.

THE END OF PROCRASTINATION: HOW TO STOP POSTPONING AND LIVE A FULFILLED LIFE, by Petr Ludwig  (Author), Adela Schicker  (Author) 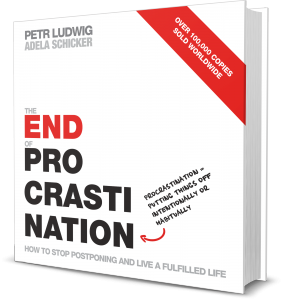 Even with overflowing inboxes, thousands of unread notifications, and unmet deadlines, most people still can’t manage to take control of their time and stop procrastinating. The End of Procrastination tackles this ubiquitous issue head on, helping you stop putting off work and reclaim your time. Author Petr Ludwig shows that ending procrastination is more than a wise time management strategy—it’s essential to developing a sense of purpose and leading a happier more fulfilled life.The keys to overcoming procrastination are simple. With eight clear, approachable tools—from quick daily worksheets to shift your perspective to to-do lists that actually help you get things done—The End of Procrastination provides everything you need to change the way you manage your time and live your life.Based on the latest research, The End of Procrastination synthesizes over one hundred scientific studies to create a program that is based on the way our brains actually work. By understanding exactly why procrastination happens and how our brains respond to motivation and self-discipline, the book provides readers with the knowledge to conquer procrastination on an everyday basis.

PETR LUDWIG is a science popularizer, entrepreneur, and consultant for Fortune 500 companies. He explains crucial and difficult things simply and easily. Peter helps to improve intrinsic motivation, efficiency, and the happiness of people at work and in their personal lives. In The End of Procrastination and in his talks, he transfers the knowledge of neuroscience and behavioral economics into practice.

ADELA SCHICKER is the co-founder of Procrastination.com, the institute that helps companies and individuals to reach their full potential. Adela translated The End of Procrastination and is helping it to reach the international audience. She speaks at conferences and training companies worldwide, making sure that science can be explained simply and made useful for everyone. 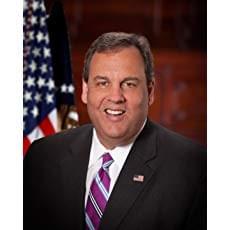 LET ME FINISH: TRUMP, THE KUSHNERS, BANNON, NEW JERSEY, AND THE POWER OF IN-YOUR-FACE POLITICS 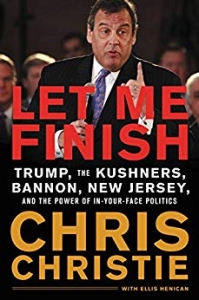 From the outspoken former governor, a no-holds-barred account of Chris Christie’s rise to power through the bare-knuckle politics of New Jersey and his frank, startling insights about Donald Trump from inside the president’s inner circle.

After dropping out of the 2016 presidential race, Chris Christie stunned the political world by becoming the first major official to endorse Donald Trump. A friend of Trump’s for fifteen years, the two-term New Jersey governor understood the future president as well as anyone in the political arena–and Christie quickly became one of Trump’s most trusted advisers. Tapped with running Trump’s transition team, Christie was nearly named his running mate. But within days of Trump’s surprise victory over Hillary Clinton, Christie was in for his own surprise: he was being booted out. In Let Me Finish, Christie sets the record straight about his tenure as a corruption-fighting prosecutor and a Republican running a Democratic state, as well as what really happened on the 2016 campaign trail and inside Trump Tower. Christie takes readers inside the ego-driven battles for Trump’s attention among figures like Steve Bannon, Corey Lewandowksi, Reince Priebus, Kellyanne Conway, Jeff Sessions, and Paul Manafort. He shows how the literal trashing of Christie’s transition plan put the new administration in the hands of self-serving amateurs, all but guaranteeing the Trump presidency’s shaky start. Christie also addresses hot-button issues from his own years in power, including what really went down during Bridgegate. And, for the first time, Christie tells the full story of the Kushner saga: how, as a federal prosecutor, Christie put Jared Kushner’s powerful father behind bars–a fact Trump’s son-in-law makes Christie pay for later. Packed with news-making revelations and told with the kind of bluntness few politicians can match, Christie’s memoir is an essential guide to understanding the Trump presidency.

CHRIS CHRISTIE is an American politician, former United States Attorney, and political commentator who served as the fifty-fifth governor of New Jersey from 2010 to 2018.