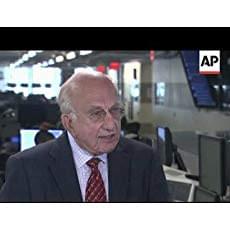 Jim Bohannon speaks with jurist, prosecutor and author DAVID DORSEN. Some 45 years ago Dorsen was assistant chief counsel of the Senate Watergate Committee, the investigation that led to the resignation of President Richard Nixon. He is also a former assistant US Attorney under Robert M. Morgenthau. He has taught at Duke University in North Carolina, and Georgetown University Law Center and George Washington University Law School, both in Washington, DC. 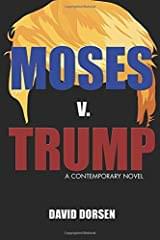 Former Assistant Chief Watergate Committee prosecutor David Dorsen has veered from his scholarly non-fiction works to delve into a humorous fictional account of Donald Trump. Dorsen said he felt compelled to pen what is a slightly burlesque treatment of the election and leadership of Donald Trump. At the root of “Moses V Trump” is the President’s elusive tax returns, a freelance writer for an alt-right publication who communicates directly with God, and a sensational libel case before a veteran Federal Court judge.

Jurist, Prosecutor and author DAVID DORSEN is a prominent jurist in high profile cases, an author of both fiction and non-fiction, a newspaper columnist, a food and wine critic, and a law professor. Some 45 years ago he was assistant chief counsel of the Senate Watergate Committee, the investigation that led to the resignation of President Richard Nixon. He is also a former assistant US Attorney under Robert M. Morgenthau. He has taught at Duke University in North Carolina, and Georgetown University Law Center and George Washington University Law School, both in Washington, DC. Though they often differed on issues, Dorsen was a long-time friend of the late Supreme Court Associate Justice Antonin Scalia and wrote a well-regarded book, The Unexpected Scalia: A Conservative Justice’s Liberal Opinions. An earlier book Dorsen wrote was Henry Friendly, Greatest Judge of his Era (with Richard A. Posner, 2012), which won the Green Bag Award for Exemplary Legal Writing.

“THE STEALTH SUPERPOWER: HOW CHINA HID ITS GLOBAL AMBITIONS,” By Oriana Skylar Mastro 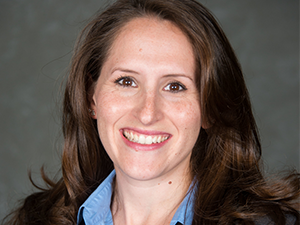 ORIANA SKYLAR MASTRO is Assistant Professor of Security Studies at Georgetown University and an officer in the US Air Force Reserve. She talks about China’s ambition to be a Super-Super Power. You can follow her on Twitter @osmastro or on her website at orianaskylarmastro.com.

THE COSTS OF CONVERSATION: OBSTACLES TO PEACE TALKS IN WARTIME (CORNELL STUDIES IN SECURITY AFFAIRS), by Oriana Skylar Mastro (Author)

After a war breaks out, what factors influence the warring parties’ decisions about whether to talk to their enemy, and when may their position on wartime diplomacy change? How do we get from only fighting to also talking?In The Costs of Conversation, Oriana Skylar Mastro argues that states are primarily concerned with the strategic costs of conversation, and these costs need to be low before combatants are willing to engage in direct talks with their enemy. Specifically, Mastro writes, leaders look to two factors when determining the probable strategic costs of demonstrating a willingness to talk: the likelihood the enemy will interpret openness to diplomacy as a sign of weakness, and how the enemy may change its strategy in response to such an interpretation. Only if a state thinks it has demonstrated adequate strength and resiliency to avoid the inference of weakness, and believes that its enemy has limited capacity to escalate or intensify the war, will it be open to talking with the enemy. Through four primary case studies―North Vietnamese diplomatic decisions during the Vietnam War, those of China in the Korean War and Sino-Indian War, and Indian diplomatic decision making in the latter conflict―The Costs of Conversation demonstrates that the costly conversations thesis best explains the timing and nature of countries’ approach to wartime talks, and therefore when peace talks begin. As a result, Mastro’s findings have significant theoretical and practical implications for war duration and termination, as well as for military strategy, diplomacy, and mediation. 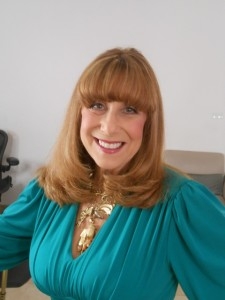 Famous Fashion Designer VICKY TIEL designed for many famous people including Ivana Trump, Jill Biden, Catherine Zeta Jones and did the dress for “Pretty Woman” and many other movies.

THE ABSOLUTE WOMAN: IT’S ALL ABOUT FEMININE POWER , by Vicky Tiel (Author) 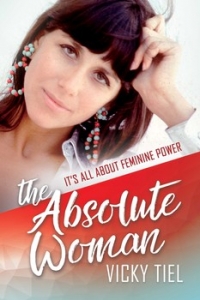 Design legend Vicky Tiel shares everything she’s learned about love, confidence, and style from decades of dressing the world’s most powerful women.
As a young American designer in Paris during the swinging sixties, Vicky Tiel met Elizabeth Taylor, and married her makeup man. Tiel and Taylor became fast friends and confidants, sharing their mutual love of sexy, fitted clothes and a fun-loving lifestyle. Along with Parsons classmate Mia Fonssagrives, they opened a trendy boutique in Rue Bonaparte that catered to the hip and happening: fashion models, movie stars, and Paris society personalities. Vicky’s flirty miniskirts, daring dresses, and hot pants became all the rage, and a lifelong intimate friendship resulted between Tiel and Taylor as they gossiped, drank champagne, and trusted each other totally. While in Paris, Tiel met the great Coco Chanel, who became her mentor and advised her to create her own signature perfume. From these friendships blossomed Vicky’s gift for “Girlfriends Talk” advice, and her desire to share what she knows with other women. Now, after years of pushing the boundaries of fashion with her best girlfriends, Tiel shares her tricks for living a bold and successful life. In THE ABSOLUTE WOMAN, Tiel writes with passion and humor about her one-of-a-kind experiences, from the glamorous parties and famous men of her career in Hollywood and Paris, to the Chanel straw hats and home-grown meals of her idyllic Florida home in “Life Part Two.” You’ll learn all her best secrets for living a sensational life: how to seduce and keep an ideal lover, turn a setback into success, steer clear of “crazies,” eat for health and beauty, dress with poise, harness your smarts, and find the power to create the life you want. Bringing together all of Tiel’s best stories, original sketches, and personal photos, THE ABSOLUTE WOMAN is an unforgettable tribute to fearless women everywhere that will inspire you to unlock your own unique feminine power.