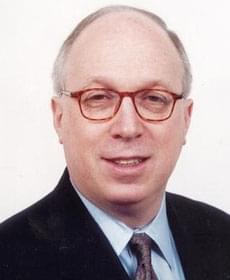 DOUGLAS E. SCHOEN has been one of the most influential Democratic campaign consultants for over thirty years. A founding partner and principal strategist for Penn, Schoen & Berland, he is widely recognized as one of the co-inventors of overnight polling. His political clients include New York City Mayor Michael Bloomberg and Indiana Governor Evan Bayh, and his corporate clients include AOL Time Warner, Procter & Gamble and AT&T. Internationally, he has worked for the heads of states of over 15 countries. He is the author of multiple books; his newest, Collapse: A World in Crisis and the Urgency of American Leadership, Publisher: Encounter Books (March 12, 2019)

SIGNING THEIR LIVES AWAY: THE FAME AND MISFORTUNE OF THE MEN WHO SIGNED THE DECLARATION OF INDEPENDENCE, by Denise Kiernan  (Author), Joseph D’Agnese  (Author) 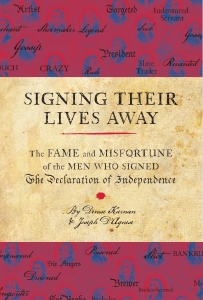 In the summer of 1776, fifty-six men risked their lives and livelihood to defy King George III and sign the Declaration of Independence–yet how many of them do we actually remember? Signing Their Lives Away introduces readers to the eclectic group of statesmen, soldiers, slaveholders, and scoundrels who signed this historic document–and the many strange fates that awaited them. Some prospered and rose to the highest levels of United States government, while others had their homes and farms seized by British soldiers. Signer George Wythe was poisoned by his nephew; Button Gwinnett was killed in a duel; Robert Morris went to prison; Thomas Lynch was lost at sea; and of course Sam Adams achieved fame as a patriot/brewer. Complete with portraits of the signers as well as a facsimile of the Declaration of Independence,Signing Their Lives Away provides an entertaining and enlightening narrative for history buffs of all ages.

From the Hardcover edition.

Is the U.S. Constitution important to you?

Then you’ll want to see the second book in this series, also by the authors:

Signing Their RIGHTS Away: The Fame & Misfortune of the Men Who Signed the U.S. Constitution

“An extraordinarily fascinating study of America’s lesser-known founding fathers alongside the more well-known ones, Signing Their Rights Today is a welcome and enthusiastically recommended contribution to public and college library shelves.” — Midwest Book Review (Reviewer’s Choice) “[The authors]…maintain a refreshing reverence for the Constitution itself. Rather than ask readers to believe that an ‘assembly of demigods’ (Jefferson’s words) wrote the Constitution, Ms. Kiernan and Mr. D’Agnese challenge the notion that the group that crafted this document of enduring genius was uniquely brilliant or visionary. If this raises the question of how exactly the miracle was accomplished, it should at least give readers some hope for our own seemingly uninspired political era.” — The Wall Street Journal 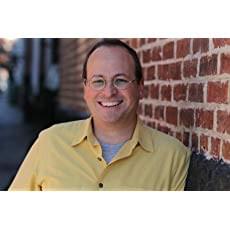 JOSEPH D’AGNESE is a journalist and author who has written for children and adults alike. He’s been published in the New York Times, the Wall Street Journal, Wired, Discover, and other national publications. In a career spanning more than twenty years, his work has been honored with awards in three vastly different areas–science journalism, children’s literature, and mystery fiction. His science articles have twice appeared in the anthology Best American Science Writing. His children’s book, Blockhead: The Life of Fibonacci, was an honoree for the Mathical Book Prize–the first-ever prize for math-themed children’s books. One of his crime stories won the 2015 Derringer Award for short mystery fiction. Another of his stories was selected by mega-bestselling author James Patterson for inclusion in the prestigious annual anthology, Best American Mystery Stories 2015. D’Agnese’s crime fiction has appeared in Ellery Queen’s Mystery Magazine, Alfred Hitchcock’s Mystery Magazine, and many others.