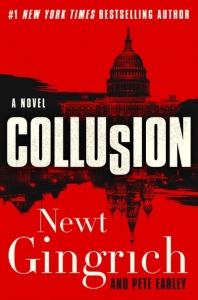 What if the Russians really are colluding with Americans…on the left? #1 New York Times-bestselling author Newt Gingrich returns with this rollicking tale of high-stakes international intrigue—the first book in a contemporary series filled with adventure, betrayal, and politics, that captures the tensions and divides of America and the world today. Valerie Mayberry comes from the kind of wealthy family that would be royalty in any other country. Obsessive and compulsive, she’s also the FBI’s counter-intelligence expert on domestic terrorism. Brett Garrett is a dishonorably discharged ex-Navy SEAL coming off a secret opioid addiction. A brusque, fiercely independent operative who refuses to play by the rules, the seasoned pro is now a gun for hire, working as a security contractor in Eastern Europe.When a high ranking Kremlin official with knowledge of a plan to attack the US must be smuggled out under the nose of a kleptocratic Putin-like Russian president and a ruthless general, Mayberry and Garret are thrown together to exfiltrate him and preempt a deadly poisonous strike. As these unlikely partners work to protect their human asset, their mission is threatened by domestic politics: leftist protests, Congressional infighting, and a culture riven by hatred. Collusion raises many of the most significant issues facing America in real life today. Is Russia our ally, or our enemy? Are American leftist activists susceptible to influence from aboard? How far will our enemies go to disrupt our politics and weaken the nation? Can we trust the media to differentiate between the good guys and the bad guys? Newt Gingrich and Pete Earley have entertained and educated readers with three previous novels of Washington scandal and foreign interference. From its explosive opening through several twists and turns to its heart-stopping end, Collusion is their most timely and powerful novel yet. 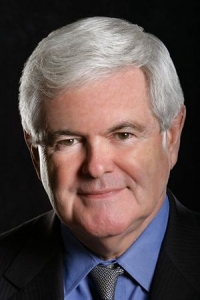 NEWT GINGRICH is a former Speaker of the House, 2012 Presidential Candidate, and a New York Times bestselling author. He is the author of thirty-six books, including the recent #1 New York Times bestseller Understanding Trump. Listen to Newt’s podcast Newt’s World at www.newtsworld.com or anywhere you get your podcasts.