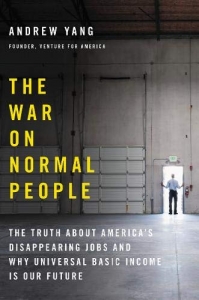 THE WAR ON NORMAL PEOPLE: THE TRUTH ABOUT AMERICA’S DISAPPEARING JOBS AND WHY UNIVERSAL BASIC INCOME IS OUR FUTURE

From 2020 Democratic presidential candidate Andrew Yang, a captivating account of how “a skinny Asian kid from upstate” became a successful entrepreneur, only to find a new mission: calling attention to the urgent steps America must take, including Universal Basic Income, to stabilize our economy amid rapid technological change and automation. The shift toward automation is about to create a tsunami of unemployment. Not in the distant future–now. One recent estimate predicts 45 million American workers will lose their jobs within the next twelve years–jobs that won’t be replaced. In a future marked by restlessness and chronic unemployment, what will happen to American society? In The War on Normal People, Andrew Yang paints a dire portrait of the American economy. Rapidly advancing technologies like artificial intelligence, robotics and automation software are making millions of Americans’ livelihoods irrelevant. The consequences of these trends are already being felt across our communities in the form of political unrest, drug use, and other social ills. The future looks dire-but is it unavoidable? In The War on Normal People, Yang imagines a different future–one in which having a job is distinct from the capacity to prosper and seek fulfillment. At this vision’s core is Universal Basic Income, the concept of providing all citizens with a guaranteed income-and one that is rapidly gaining popularity among forward-thinking politicians and economists. Yang proposes that UBI is an essential step toward a new, more durable kind of economy, one he calls “human capitalism.” 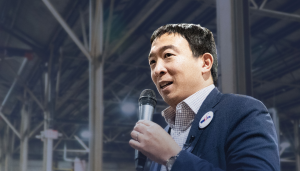 Andrew Yang is the founder of Venture for America, a major non-profit that places top college graduates in start-ups for two years in emerging U.S. cities to generate job growth and train the next generation of entrepreneurs.

Yang has been the CEO, co-founder or executive at a number of technology and education companies. Yang was named a Presidential Ambassador of Global Entrepreneurship and a Champion of Change by the White House and one of Fast Company’s “100 Most Creative People in Business.” He was also named to the National Advisory Council for Innovation and Entrepreneurship of the Department of Commerce. A major documentary with an Oscar-winning director, Generation Startup, featuring Yang and Venture for America, was released in Fall 2016 and is available on Netflix and other streaming platforms. He is a graduate of Columbia Law, where he was an Editor of the Law Review, James Kent Scholar and winner of the Class of 1912 Prize, and Brown University where he graduated with degrees in Economics and Political Science.

Jim Bohannon speaks with JED BABBIN, Former Deputy Undersecretary of Defense for Bush 41, and columnist for The American Spectator and Washington Times about this possible constitutional showdown on capitol hill and other current events of the day.

The American Spectator contributing editor JED BABBIN served as a deputy undersecretary of defense in the George H.W. Bush administration. He writes the “Loose Canons” column for TAS Online and often appears as a talking warhead on television and radio. He is coauthor (with Herbert London) of  The BDS War Against Israel, Publisher: London Center for Policy Research (May 21, 2014) He is also the author of Inside the Asylum: Why the UN and Old Europe are Worse Than You Think, Publisher: Regnery Publishing; First Edition edition (May 21, 2004) 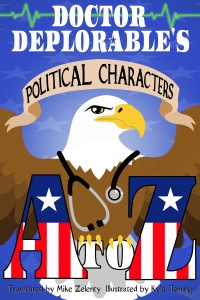 By the time parents start talking to their kids about politics, their children’s teachers and the media have gotten off to a big head start. Political Characters A to Z will help you get there first. Introduce your child to modern American politics, including strange characters like Anarchists (A), the Deep State (D) and the Resistance (R). Spark conversations about Hollywood (H), Talking Points (T), and Polls and Pundits (P). Discourage your kids from acting like Woke (W), fragile Snowflakes (S) and teach them to take pride in their unique Identity (I). Explore these topics and more, all at once or one at a time, at whatever speed suits your children, with the help of our humorous rhyming verse and eye-catching illustrations. Political Characters A to Z, soon to be the favorite bedtime reading of Deplorable families across the United States. 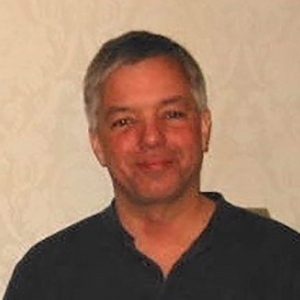 MIKE ZELENTY is the originator of the Doctor Deplorable concept and a board-certified translator of the medical eagle’s tweets.

A latecomer to the publishing game, Mike spent 35 years as a corporate lawyer before realizing his true calling. Not that it really matters anymore, but Mike earned a B.A. in Economics from the University of Chicago and a J.D. from New York University School of Law, where he served on the Law Review. Like Barack Obama, Mike Zelenty never published an article or note