US TENSIONS RISE WITH IRAN 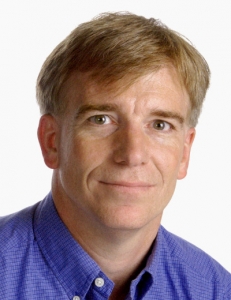 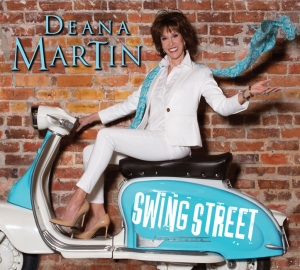 Nashville, Tenn. – In a time when nostalgia is the hottest ticket around, Deana Martin has partnered with Robert Williams of WBA Entertainment to produce The Deana Martin Celebrity Roasts as announced today in Celebrity Access. The Deana Martin Celebrity Roasts is a live spin-off production in the style of The Dean Martin Celebrity Roasts, focusing on “roasting” another nationally known celebrity or “roasting” a local celebrity as a charity event for a casino or theater. “We are extremely excited about bringing The Deana Martin Celebrity Roasts to casinos, performing arts centers and ballrooms around North America,” says Robert Williams. “Dean proved that everyone loves a good laugh. Now, Deana continues the legacy that her father created.” In April 2018, Deana “roasted” star of stage and screen Joe Mantegna at a fabulous SOLD OUT event at the South Point Casino in Las Vegas! Deana brought along Criminal Minds co-stars Matthew Gary Gubler and Kirsten Vangsness, NYPD Blue star Gail O’Grady, SNL star and comedic actor Joe Piscopo, Sopranos star Lou Martini Jr., Westworld star Clifton Collins, New Jersey’s ‘Bad Boy’ Mike Marino, Tom Dreesen and Las Vegas local Kelly Clinton as ‘Ruth Buzzi’. Other celebrity roasts have included Robert Davi, Rich Little, Tony Lo Bianco, Robin Leach and more! “I had so much fun roasting Joe Mantegna,” says Deana. “I now understand why my dad loved doing the roasts. We are going to continue the fun! So now, I am pulling friends together like Tony Orlando, Andy Garcia, Bobby Rydell, Frankie Valli, and others to be roasted for these special monthly events.” The Deana Martin Celebrity Roasts will only be available on a one-per-month basis. Only 12 events per year will be offered up with a national celebrity as the honoree. This package can be created for local fundraising events with Deana serving as roastmaster. The roastmaster (Martin), the roastee, and the roasters would be seated on a dais. The roastee is also referred to as “Man of the Hour” or “Woman of the Hour”. 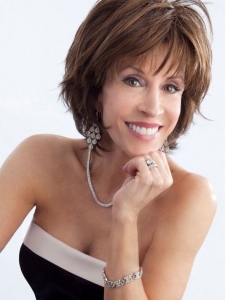 DEANA MARTIN has become an instantly recognizable voice and figure in the pantheon of The Great American Songbook in her own right. Her 2006 debut CD release, ‘Memories Are Made of This,’stayed in the top ten for 40 consecutive weeks. Her follow-up CD, 2009’s, ‘Volare,’ debuted in the top ten of the Billboard charts, followed by 2011’s seasonal evergreen, ‘White Christmas,’ 2013’s critically acclaimed ‘Destination Moon’ and her latest, 2016’s ‘Swing Street,’ garnered airplay on top jazz, standards and country radio stations, emphasizing her prominent status as a hit recording artist.

As a celebrated author, Deana found herself on the New York Times’ coveted Best Seller list with her 2004 memoir, ‘Memories Are Made of This: Dean Martin Through His Daughter’s Eyes.’ In it, she shares never-before-told stories about her father and his ‘Pallies’. The e-book version returned Ms. Martin to the best-selling book charts in 2015 on Wall Street Journal’s roster of best-selling e-books.