MEASLES: THE LATEST ON THE RECORD NUMBER OF CASES HITTING THE U.S. 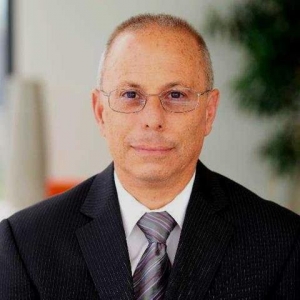 PETER PITTS is President and co-founder of the Center for Medicine in the Public Interest. Prior to founding CMPI, Pitts was a Senior Fellow for healthcare studies at the Pacific Research Institute. From 2002-2004 Peter was FDA’s Associate Commissioner for External Relations, serving as senior communications and policy adviser to the Commissioner. He supervised FDA’s Office of Public Affairs, Office of the Ombudsman, Office of Special Health Issues, Office of Executive Secretariat, and Advisory Committee Oversight and Management. He served on the agency’s obesity working group and counterfeit drug taskforce. His book, Become Strategic or Die, is widely recognized as a cutting edge study of how leadership, in order to be successful over the long term, must be combined with strategic vision and ethical practice. He is the editor of the new book, Coincidence or Crisis, a discussion of global prescription medicine counterfeiting. He has served as an adjunct professor at Indiana University’s School of Public and Environmental Affairs and Butler University. 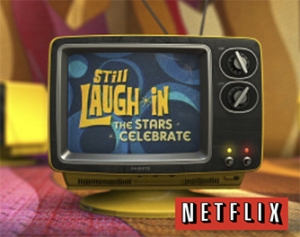 Before SNL, The Daily Show or The Colbert Report,  there was Rowan and Martin’s Laugh-in, one of the most revolutionary television shows of all time.  From 1968-1973, Laugh-in frequently was seen by 50 million viewers, capturing the zeitgeist of the era with its anarchic energy and pop aesthetic.  Combining the blackout comedy of the vaudeville tradition with a 1960s-style “Happening,” psychedelic costumes, graphics, graffiti, outrageous characters and a new political awareness, Laugh-in became one of the most popular shows in history. In May, Netflix will stream a special celebrating 50 years of Laugh-in, and I’m reaching out to you about speaking with its creator George Schlatter.  To hear George talk about Laugh-in is fascinating.  Here are some of his thoughts: When you compare 1968 to now there are so many similar things going on:  A split Congress, an unpopular president, protests in the streets, abortion still being debated, military spending out of control, lies by the government (those are just a few).  Laugh-in was able to do silly next to political next to controversial and it was done with such speed that there wasn’t much time for it to sink in and much of it flew by the censors.  Can you imagine such a show on network television today?  Sammy Davis Jr doing a skit with 4 men dressed in KKK robes? The stars align on March 8th, 2019 at Hollywood’s Dolby theater for Still LAUGH-IN: The Stars Celebrate, a 50th anniversary tribute to Rowan & Martin’s Laugh-In.  The series, which spanned from 1968-1973, won two Emmy Awards at the helm of its legendary director/producer George Schlatter, who will also be attendance as his groundbreaking series is honored throughout the night. The evening will be filled with an elite lineup of comedians, actors, and musicians paying homage to the iconic show with modern takes on timeless moments, as well as Lily Tomlin’s revival of her seminal Edith Ann and Ernestine characters. The Netflix special will take quintessential sketches and acts from the original hit series and add a contemporary flair that will prove even 50 years later, Laugh-In never gets old. The celebrated lineup of stars include: Lily Tomlin, Billy Crystal, Tiffany Haddish, Neil Patrick Harris, Taye Diggs, Michael Douglas, Jay Leno,  Rita Moreno, Rita Wilson, JoAnne Worley, Maria Bamford, Margaret Cho, Ron Funches, Nikki Glaser, Lisa Ann Walter,  Bobby Moynihan, Cheri Oteri, Rob Riggle, Jeff Ross, J.B. Smoove, Tony Hale, Jon Lovitz, Natasha Leggero and more.Dave Broome (The Day I Met El Chapo, Ultimate Beastmaster) is Executive Producing under his 25/7 Productions banner along with Schlatter. Yong Yam is also Executive Producing. 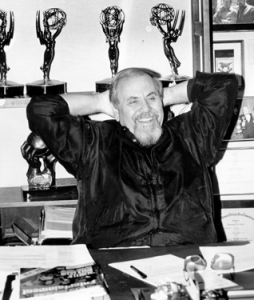 Throughout his long and successful career as a producer, director and writer, GEORGE SCHLATTER has been responsible for hundreds of hours of television series and specials. He changed the face of television when he created and produced such breakthrough series as Laugh-In and Real People. Over the years, George has received numerous honors and awards including: 25 Emmy Award nominations, three Emmys, three Image Awards, Golden Globe Awards, Television Critics Awards, Directors Guild Award, Producers Guild “Man of The Year,” and many others. On its 25th Anniversary, the Television Academy honored him for his outstanding contribution to television.  In 1989, he was awarded a star on Hollywood Boulevard’s Walk of Fame.