THE LATEST ON IRAN-U.S. TENSIONS 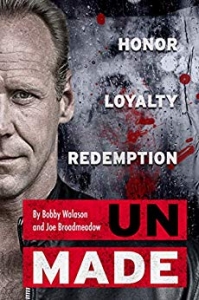 For Bobby Walason, the turning point in his life began when he was thrown out of his house at age twelve. It was also the best moment in his short life.Forced to survive on his own, with no friends or family to turn to, his determination drives him without the benefit of a moral compass. Finding shelter in the basement of a Providence, Rhode Island inner city housing project, sleeping in an abandoned cardboard box, he tries stay hidden from the world. Finding solace in the Olneyville Boys Club, where he learns to box, discovers a physical strength beyond his age, and hones an ability to fight. His ability to absorb punishment, forged under the fists of his brutal father, earns him a reputation for toughness. A toughness which built a powerful street reputation, enhanced in prison, drawing the attention of organized crime. This the story of the horrific life of a 12-year-old boy, enduring abuse no child should ever face, the lure of organized crime, descent into the brutal and violent world of a feared mob enforcer, and the power of resilience. Bobby Walason unmasks the false patina of Organized Crime, finding a way to leave the life; alive, without spending life in prison, and without disappearing into the invisibility of the witness protection program. Turning from a life of brutality to the world of business, Bobby builds a successful life as an entrepreneur.This story casts a light onto the ebb and flow of the dark side of American society; a look at the forces that play havoc with the lives that go adrift on the streets of all our cities. And how one man found a way out against staggering odds. 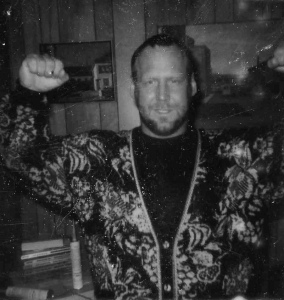 Thrown out of the house at age 12, Bobby learned to survive on the streets.  After several stints in the ACI (Adult Correctional Institution), he was sent to jail as an adult, where he met and impressed members of an Organized Crime family.  After that Bobby rose through the ranks to become a trusted member of their world, only to become disenfranchised with mob life, violence, and always being on the wrong side of the law.  He discovered he had a knack for running successful businesses, and since then has never looked back.