IS THERE A METHOD TO THE MADNESS OF PRESIDENTIAL BEHAVIOR?

DAVID JOHNSON, CEO and founder of Strategic Vision PR Group joins us to discuss Donald Trump’s messaging strategy/philosophy and Richard Nixon’s ‘madman theory.’ He also weighs in on Trump’s announcement to place tariffs on Mexico in effort to stop migrants coming to the U.S. With over 20 years of experience, Johnson specializes in media relations, crisis, communications, branding, and reputation management.  He drives client strategy and has been integral in leading the firm forward since its founding in 2001 during the aftermath of 9/11.  He has been described as a PR guru extraordinaire and the go to person for crisis communications by the news media.

THE NEXT REALIGNMENT: WHY AMERICA’S PARTIES ARE CRUMBLING AND WHAT HAPPENS NEXT, by Frank J. DiStefano  (Author) 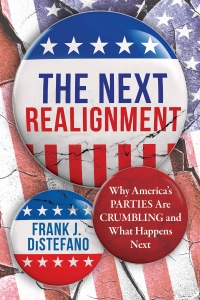 An astute analysis of today’s political chaos showing that the current period of disruptive change is part of a recurring pattern in American politics.
What’s happening to American politics? Old political norms seem to be slipping away. Politics has progressively become angrier, new movements keep butting into the public square, and more and more of the unwritten rules that governed American politics for decades have fallen away. Naturally, many are anxious. Former congressional aide and presidential campaign veteran Frank J. DiStefano argues that this political turmoil feels disquietingly new only because most of us know so little about the history of American politics. In this book, he puts the present era in historical context, showing that America is facing its next realignment, a period of destruction and rebirth in which old political coalitions decay and new parties rise to replace them. DiStefano explains how the history of past realignments connects to contemporary politics. He examines clashes between Hamilton’s Federalists and Jefferson’s Democratic-Republicans, the rise of Andrew Jackson, the traumatic collapse of the Whigs, the populist revolt of William Jennings Bryan, and the formation of our New Deal party system of today. He explores America’s periodic explosions of moral crusading called great awakenings. He clarifies the real ideas and philosophical forces that make up our politics, from liberty and virtue to populism and progressivism, showing how their interaction is now remaking our parties into something new. Will this realignment be a quick renewal as we adapt our politics for a future with new problems, or do we face years of disruption, dangerous movements, and chaotic politics before we rebuild? This book shows that, with a knowledge of history, all of us can help shape the politics of the coming decades and restore our trust in the American Dream.

FRANK J. DISTEFANO is a writer living in Washington, D.C. 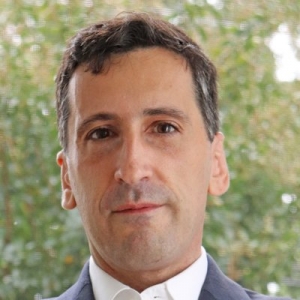 He has served as a lawyer, a Congressional aide, and as presidential campaign staff. He was a litigator at the famed Washington firm of Williams and Connolly. He worked in the House of Representatives as a legislative aide to Congressman Bob Franks. He was Deputy National Political Director for Issues on Rudy Giuliani’s 2008 presidential campaign. He served as a law clerk to Judge Diana Motz on the United States Court of Appeals for the Fourth Circuit.