THE LATEST ON THE SITUATION IN THE MIDDLE EAST AND MOUNTING TENSIONS BETWEEN IRAN, SAUDI ARABIA AND MOST OF THE ARAB WORLD 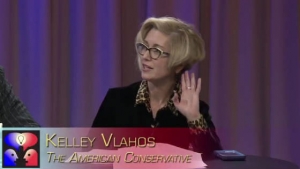 KELLEY  VLAHOS is the executive editor of The American Conservative magazine and joins us just as ongoing tensions also find the U.S.S. Abraham Lincoln deployed to the Middle East. Vlahos has spent the last 17 years as a reporter and columnist in Washington D.C., serving as a long-time political writer for FOXNews.com and contributing editor at TAC before taking the helm of the website in June 2017. Before that she worked as a writer, digital editor and social media maven at WTOP.com, the Washington area’s top all-news network.

Is more gun control the answer? JOHN R. LOTT, JR., PH.D, is a leading expert on guns…. Op-eds on that issue are done in conjunction with the Crime Prevention Research Center, where he is founder and president. In addition, Lott is the author of nine books including Freedomnomics (Regnery; June 4, 2007), More Guns, Less Crime: Understanding Crime and Gun Control Laws (University Of Chicago Press; May 24, 2010), and his latest book… The War on Guns: Arming Yourself Against Gun Control Lies (Regnery Publishing; August 1, 2016). 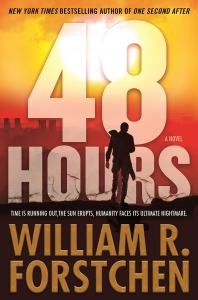 An Extinction Level Event Threatens Humanity In Powerful New Thriller
New York, NY, November 24, 2018 ― The countdown is on. In less than 48 hours, the Earth will be struck by two back-to-back, catastrophic solar storms. The second is a Coronal Proton Ejection (CPE) that threatens to kill all life on earth. These explosions will also severely damage the world’s electrical/electronic infrastructure. In a preemptive move to avoid permanent damage, global communications are shut down; hospital emergency generators are disconnected; the entire internet, media broadcasting, and cell phone systems are turned off. A full-scale plan is in place to ensure survival after the CPE until something far more frightening is discovered by NASA’s solar observation teams. The planet has 48 hours to prepare for this cataclysm. How will humanity react to the threat? 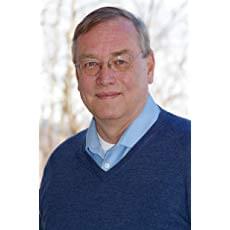 WILLIAM R. FORSTCHEN is the New York Times bestselling author of One Second After, One Year After, and The Final Day. He holds a Ph.D. in history from Purdue University, with specializations in military history and the history of technology. Forstchen is currently a faculty fellow and professor of history at Montreat College, near Asheville, North Carolina.