TO IMPEACH OR NOT IMPEACH 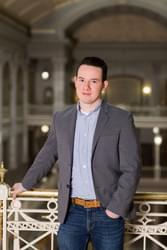 That is the question posed to our guest, MICHAEL CHASE, Criminal Defense Lawyer at Shipman and Goodwin, based in Connecticut.

By day, MIKE CHASE is a white collar criminal defense lawyer.By night, he’s the legal humorist behind the @CrimeADay Twitter feed, where he offers a daily dose of his extensive research into the curious, intriguing, and often amusing history of America’s expansive criminal laws. Mike’s work has made him the go-to commentator on the countless weird and esoteric federal criminal laws buried deep in the books: he’s been a featured guest on American Public Media’s The Uncertain Hour, published in The Wall Street Journal, and more.justice. But they haven’t. Now some are calling on Congress to answer it in impeachment proceedings. This tiresome exercise could be undertaken with countless other federal laws. Is it a crime to remove a migratory bird that has taken up roost in your house? It depends. Can you cut the tag off a mattress? Again, it depends. What does it depend on? Well, that depends too. Lawyers are conditioned to accept this, but it’s no less unsettling that, even when the facts are clear, lawmakers, law enforcers, judges and lawyers still can’t agree on what the law itself makes a crime. It’s not just a federal problem. Nor is it an exclusively political one. The same day that the special counsel released his report, the highest court in the state of Washington issued an evenly split opinion concerning that state’s own obstruction statute. In it, eight justices of the Washington Supreme Court couldn’t agree whether a man’s refusal to open his door for police constituted a crime. There was no real dispute about the facts. There was a statute written in black and white. Yet the court split 4-4.

HOW TO BECOME A FEDERAL CRIMINAL: AN ILLUSTRATED HANDBOOK FOR THE ASPIRING OFFENDER , by Mike Chase  (Author) 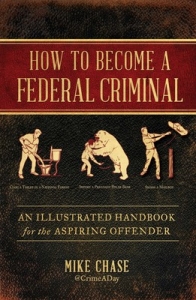 Have you ever clogged a toilet in a national forest? That could get you six months in federal prison. Written a letter to a pirate? You might be looking at three years in the slammer. Leaving the country with too many nickels, drinking a beer on a bicycle in a national park, or importing a pregnant polar bear are all very real crimes, and this riotously funny, ridiculously entertaining, and fully illustrated book shows how just about anyone can become—or may already be—a federal criminal. Whether you’re a criminal defense lawyer or just a self-taught expert in outrageous offenses, How to Become a Federal Criminal is your wonderfully weird window into a criminally overlooked sector of American government.

THE 75TH ANNIVERSARY OF D-DAY

EVERY MAN A HERO: A MEMOIR OF D-DAY, THE FIRST WAVE AT OMAHA BEACH, AND A WORLD AT WAR, by Ray Lambert  (Author), Jim DeFelice (Author) 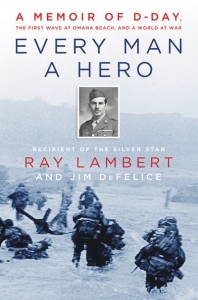 Seventy-five years ago, he hit Omaha Beach with the first wave. Now Ray Lambert, ninety-eight years old, delivers one of the most remarkable memoirs of our time, a tour-de-force of remembrance evoking his role as a decorated World War II medic who risked his life to save the heroes of D-Day. At five a.m. on June 6, 1944, U.S. Army Staff Sergeant Ray Lambert worked his way through a throng of nervous soldiers to a wind-swept deck on a troopship off the coast of Normandy, France. A familiar voice cut through the wind and rumble of the ship’s engines. “Ray!” called his brother, Bill. Ray, head of a medical team for the First Division’s famed 16th Infantry Regiment, had already won a silver star in 1943 for running through German lines to rescue trapped men, one of countless rescues he’d made in North Africa and Sicily.“This is going to be the worst yet,” Ray told his brother, who served alongside him throughout the war. “If I don’t make it,” said Bill, “take care of my family.” “I will,” said Ray. He thought about his wife and son–a boy he had yet to see. “Same for me.” The words were barely out of Ray’s mouth when a shout came from below.

To the landing craft!

The brothers parted. Their destinies lay ten miles away, on the bloodiest shore of Normandy, a plot of Omaha Beach ironically code named “Easy Red.”

Less than five hours later, after saving dozens of lives and being wounded at least three separate times, Ray would lose consciousness in the shallow water of the beach under heavy fire. He would wake on the deck of a landing ship to find his battered brother clinging to life next to him.Every Man a Hero is the unforgettable story not only of what happened in the incredible and desperate hours on Omaha Beach, but of the bravery and courage that preceded them, throughout the Second World War—from the sands of Africa, through the treacherous mountain passes of Sicily, and beyond to the greatest military victory the world has ever known. 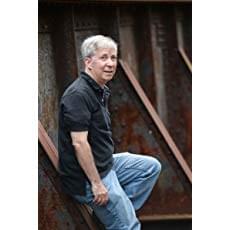