THE LATEST ON THE ECONOMY

JORDAN GOODMAN “America’s Money Answers Man”  joins us to talk about everything from the U-S China trade/tariff battle to what we can expect in the future in terms of interest rates, investments and debt.

Goodman is a nationally recognized expert on personal finance. For 18 years, Jordan was on the editorial staff of Money magazine, where he served as Wall Street correspondent. While at Money, he reported and wrote on virtually every aspect of personal finance. He is the author / co-author of 13 best-selling books on personal finance, including Master Your Debt Fast Profits in Hard Times, Everyone’s Money Book, Master Your Money Type, Barron’s Dictionary of Finance and Investment Terms and Barron’s Finance and Investment Handbook. 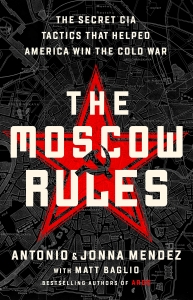 From the spymaster and inspiration for the movie Argo: how a group of brilliant but under-supported CIA operatives developed breakthrough spy tactics that helped turn the tide of the Cold War

Antonio Mendez and his future wife Jonna were CIA operatives working to spy on Moscow in the late 1970s, at one of the most dangerous moments in the Cold War. Soviets kept files on all foreigners, studied their patterns, and tapped their phones. Intelligence work was effectively impossible. The Soviet threat loomed larger than ever. The Moscow Rules tells the story of the intelligence breakthroughs that turned the odds in America’s favor. As experts in disguise, Antonio and Jonna were instrumental in developing a series of tactics–Hollywood-inspired identity swaps, ingenious evasion techniques, and an armory of James Bond-style gadgets–that allowed CIA officers to outmaneuver the KGB. As Russia again rises in opposition to America, this remarkable story is a tribute to those who risked everything for their country, and to the ingenuity that allowed them to succeed. 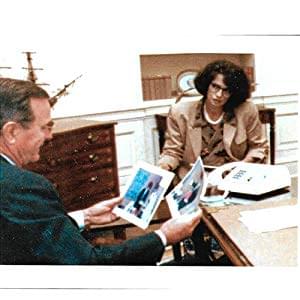 JONNA MENDEZ is a former Chief of Disguise in the CIA’s Office of Technical Service.  Ms. Mendez is also a specialist in clandestine photography using subminiature cameras. Her more than 25 year career, for which she earned CIA’s Intelligence commendation Medal, included operational disguise and photo responsibilities in the most hostile theaters of the Cold War, from Havana to Moscow to Beijing and ultimately into the Oval Office. She is currently a fine arts photographer, author, lecturer and consultant on intelligence matters.