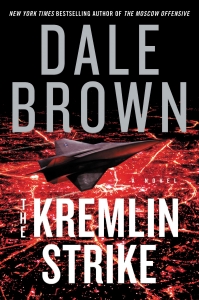 In this exciting, visionary, and all-too-plausible next chapter in the legendary Dale Brown’s New York Times bestselling techno-warfare series, Brad McLanahan and the Iron Wolf Squadron must fight the Russians on a dangerous, untested battlefield: outer space.
The previous administration’s ineffective response to the growing Russian threat has left America vulnerable. Setting a bold course for America’s defense, the decisive and strong new president, John Dalton Farrell, intends to challenge Russian aggression head on. Brad and Patrick McLanahan and the formidable Iron Wolf Squadron—including the recently injured Nadia Roz, rested and back to fighting form thanks to a pair of state-of-the-art prosthetic legs—are ready and eager to join the battle. But even with their combined forces, the Russian menace may prove too great for the Americans to overcome. Done with provocative skirmishes and playing for small stakes, the Russian president has set his sights on the ultimate prize: controlling the entire world. Expanding beyond earth’s bounds, the Russians have built a new high-tech space station and armed it with weaponry capable of destroying US satellites as well as powerful missiles pointed at strategic targets across earth. Devising a cunning plan of attack, Brad, Nadia, and the Iron Wolf warriors will take to the skies in their advanced space planes to destroy the space station, check the Russians’ plan for dominance, and save the world. But is it already too late? 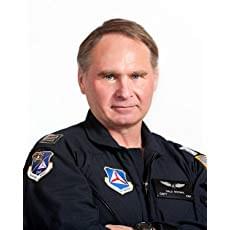 He was a navigator-bombardier in the B-52G Stratofortress heavy bomber and the FB-111A supersonic medium bomber, and is the recipient of several military decorations and awards including the Air Force Commendation Medal with oak leaf cluster, the Combat Crew Award, and the Marksmanship ribbon. Dale was also one of the nation’s first Air Force ROTC cadets to qualify for and complete the grueling three-week U.S. Army Airborne Infantry paratrooper training course. He was also an Air Force instructor on aircrew life support and combat survival, evasion, resistance, and escape. He is a command pilot for Angel Flight West (www.angelflightwest.org), a group that donate their time, skills, and aircraft to fly medical patients free of charge. He is also a mission pilot with the Civil Air Patrol, flying a variety of missions in support of the U.S. Air Force and other federal agencies. He is a multi-engine and instrument-rated private pilot and can often be found in the skies all across the United States, piloting his Cessna pressurized P210 Centurion.