MOVING PAST PTSD: CONSCIOUSNESS, UNDERSTANDING, AND APPRECIATION FOR MILITARY VETERANS AND THEIR FAMILIES, by Jaime B. Parent  (Author), Danny K. Davis (Foreword) 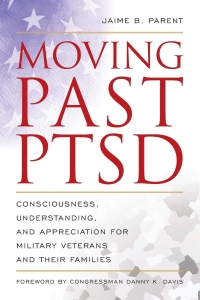 From World War I until today, the United States has failed to provide adequate transition support to millions of veterans leaving military service. Instead of providing meaningful jobs, access to quality health care and education, and fair and equitable housing, veterans learn that when their military service is done, they are now fighting a new battle – a failed bureaucracy which has let them and other veterans down for the past 100 years. It’s not as if we as a nation haven’t tried. The Veterans Health Administration (VHA) has seen the largest increase in funding in its history and has been given several free passes when the budget axe arrives. Federal funding and grants for education have also enjoyed similar financial favor; and housing opportunities have been increased. Yet on a rudimentary level, we as a nation cannot stop believing that GI Joe and Jane can’t wait to come back home and pick up right where they left off before their military service began. The truth is, that person is gone and is not coming back. After months or years in a highly structured organizational environment, often times with deployments and horrific battlefield experiences, the military veteran has undergone a paradigm shift in their thinking, their character, and in the way they view themselves and others. Advances in medical triage and transport have saved thousands of men and women who in previous wars who would have died on the battlefield; and new prosthetics and treatment strategies for those with “invisible wounds” have helped many. But an overburdened VHA isn’t prepared to provide for the sheer volumes of veterans that return home. And with veteran unemployment rates traditionally running percentage points higher than their civilian counterparts, America still wonders why.  Many veterans, particularly those with PTSD are lost when returning home. Moving Past PTSD: Consciousness, Understanding, and Appreciation for Military Veterans and Their Families hopes to break this cycle. In their own words, veterans, caregivers, and the family members that love them are given the opportunity to tell us what is truly broken in the military to civilian transition. Advances in clinical treatments, the presentation of a new fast track job training program and new awareness for the challenges facing all military veterans, changes our way of understanding of who the 21st century veteran is. Through this understanding, we can change their lives and they can change ours. 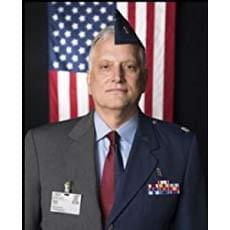 JAIME B. PARENT is a retired Air Force Lieutenant Colonel having served over 20 years in the United States Air Force Biomedical Services Corps. With a premise and desire to continue to serve, Jaime successfully became a healthcare Chief Information Officer at the University of Maryland Health System and Rush University Medical Center. His first book, Moving Past PTSD re-frames combat-related PTSD as not only a medical issue, but as a social issue. He has not only been an advocate for veterans, he has been one of the movers and shakers in rethinking and re-creating organizations and gathering resources to treat returning veterans and their families as individuals each of whose return to civilian life confronts unique challenges.