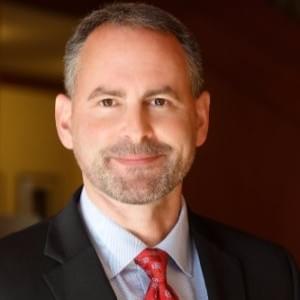 PATRICK MULLANE is the Executive Director of Harvard Business School Online. As Executive Director, he is responsible for managing growth, expansion in global markets, and long-term success. Harvard Business School Online delivers rigorous and immersive courses that enable professionals at every level to advance their careers, positively impact their organizations, and appreciate business in powerful new ways. Before earning his MBA from Harvard Business School, Patrick served as a captain in a U.S. Air Force intelligence organization and later was the CEO of a manufacturing company. In addition to his MBA, Patrick holds a B.S. in Mathematics from the University of Notre Dame and an M.S. in Project and Systems Management from Golden Gate University.

THE IMMIGRATION CRISIS: THE U.S. MAY STRIKE A DEAL WITH GUATEMALA FOR A “SAFE THIRD COUNTRY”

THE HONORABLE JOHN N. HOSTETTLER is the Vice President for Federal Affairs for States Trust for the Texas Public Policy Foundation. He served in the U.S. House from 1995 to 2007 representing Indiana’s Eighth District.

Since leaving Congress, Hostettler has launched a publishing company, Publius House, and authored two books. He also founded the Constitution Institute, which holds seminars throughout Indiana teaching about the U.S. Constitution. An engineer by training, Hostettler graduated from Rose-Hulman Institute of Technology in Terre Haute, Indiana with a degree in mechanical engineering.

“DON LEMON WAS NOT THE FIRST TO MAKE THE TRUMP-IS-LIKE-HITLER COMPARISON; IT IS PART OF A MUCH LARGER AND ONGOING NARRATIVE” 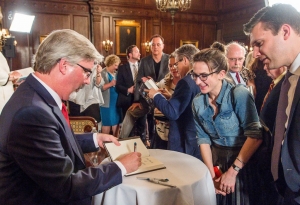 More on this with LARRY ALEX TAUNTON who joins us to discuss his American Spectator piece on the comparisons between president Trump and Adolph Hitler. Taunton is an author, cultural commentator, and freelance columnist contributing to USA Today, Fox News, First Things, the Atlantic, CNN, and The American Spectator. You can subscribe to his blog at larryalextaunton.com.