ALAN DERSHOWITZ, Noted Attorney and Harvard Law Professor joins us to talk about the news of the day.

ALAN DERSHOWITZ is one of the most famous and celebrated lawyers in America. He was the youngest full professor in Harvard Law School history, where he is now the Felix Frankfurter Professor of Law, Emeritus. The author of numerous bestselling books, from The Case Against Impeaching Trump to The Best Defense to Reversal of Fortune (which was made into an Academy Award-winning film) and to The Case for Israel, Dershowitz has advised and defended many of the most famous legal cases of the past fifty years, including O.J. Simpson, Anatoly Sharansky, Michael Milken, Claus von Bulow, and Mike Tyson. 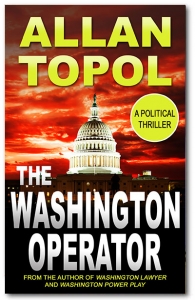 Published May 2019 on Amazon

The Washington landscape is littered with the carcasses of Washington Operators and lobbyists, who often end up in jail. But none is as venal and greedy as George Corbin, the villain in The Washington Operator, a fast-moving political thriller. Corbin works with China to implement a plot to take over Middle Eastern oil, utilizing Iran as a puppet. While investigating the murder of a university student, Kelly Cameron, a rising star in the FBI, learns of this plot. Kelly gains assistance from Ester, a Mossad agent who has a long-time love affair with a high ranking Iranian official. Together, they launch a daring plan to thwart the Chinese and to bring down the powerful, corrupt, and immoral Washington operator, Corbin. 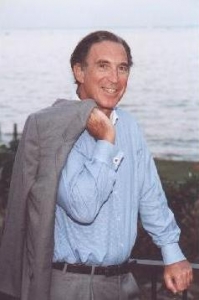 ALLAN TOPOL is the national bestselling author of fourteen novels of international intrigue, including Spy Dance. His novels have been translated into Chinese, Japanese, Portuguese, and Hebrew.

He is a graduate of Carnegie Institute of Technology, who majored in chemistry, abandoned science, and obtained a law degree from Yale University. A partner in a major Washington law firm, and an avid wine collector, he has traveled extensively, researching dramatic locations for his novels.