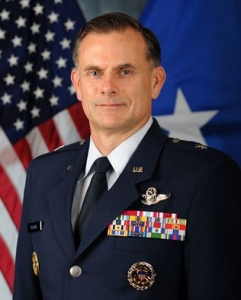 Spalding has served in senior positions of strategy and diplomacy within the Defense and State Departments for more than 26 years, and is an accomplished innovator in government and a national security policy strategist. As Senior Director for Strategy to the President, he was the chief architect of the framework for national competition in the Trump administration’s National Security Strategy (NSS). He has earned recognition for his knowledge of Chinese economic competition, cyber warfare, and political influence, as well as for his ability to forecast global trends and develop innovative solutions. 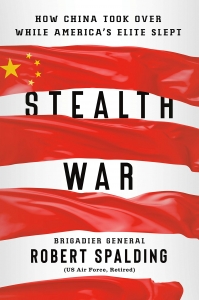 China expert Robert Spalding reveals the shocking success China has had infiltrating American institutions and compromising our national security.
The media often suggest that Russia poses the greatest threat to America’s national security, but the real danger lies farther east. While those in power have been distracted and disorderly, China has waged a six-front war on America’s economy, military, diplomacy, technology, education, and infrastructure–and they’re winning. It’s almost too late to undo the shocking, though nearly invisible, victories of the Chinese. In Stealth War, retired Air Force Brigadier General Robert Spalding reveals China’s motives and secret attacks on the West. Chronicling how our leaders have failed to protect us over recent decades, he provides shocking evidence of some of China’s most brilliant ploys, including:
*  Placing Confucius Institutes in universities across the United States that serve to monitor and control Chinese students on campus and spread communist narratives to unsuspecting American students.
*  Offering enormous sums to American experts who create investment funds that funnel technology to China.
*  Signing a thirty-year agreement with the US that allows China to share peaceful nuclear technology, ensuring that they have access to American nuclear know-how.
Spalding’s concern isn’t merely that America could lose its position on the world stage. More urgently, the Chinese Communist Party has a fundamental loathing of the legal protections America grants its people and seeks to create a world without those rights. Despite all the damage done so far, Spalding shows how it’s still possible for the U.S. and the rest of the free world to combat–and win–China’s stealth war.

VETERANS IN DEFENSE OF LIBERTY

SCOTT MAGILL is the founder and executive Director of Veterans in Defense of Liberty. joins us.

WILLIAM SCOTT MAGILL, served with the United States Marine Corp 1965-1971, with the United States Army Medical Corps 1981-1988, with the Denver Police Dept. 1970-1976. He obtained his bachelors of Business Administration from the University of Denver, Masters of Health Care Administration Trinity University in San Antonio, and medical degree from The University of Health Sciences in Kansas City. Dr. Magill matriculated his residency in Ob/Gyn at Tripler Army Medical Center in Honolulu, and served as the Chief of Ob/Gyn at Irwin Army Hospital Ft. Riley Kansas. He was until recently a practicing obstetrician & Gynecologist in Springfield, Missouri for 21 years.” Dr. Magill served as Chairman and CEO of Magill Motivational Media, dedicated to inspiring, motivating and bring to the surface that great love for our nation, which exists in most of her sons and daughters hearts. As an author and lyricist Dr. Magill has authored such pieces as, “Here we go again,” “The Greatest Generation,” “The Requiem of the Brave,” “The Battle Hymn of the Americans,” “Seek ye the Bridge in the Forest,” “The Pledge of Allegiance -, say it with pride, say it with Understanding,” & “The Birth of A Great nation.” His writings and/or interviews have appeared in, The journal of Military Medicine, The Anglican Digest, The Chronicle Republican, Springfield News Leader, The Washington Times and The New York Times, among others.

THE LATEST FROM SOCIETY OF PROFESSIONAL JOURNALISTS 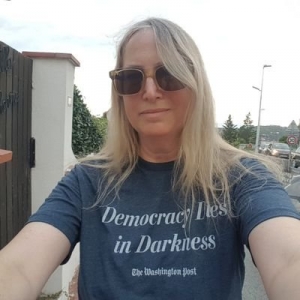 National President of the Society of Professional Journalists ALEX TARQUINIO joins us to talk about the upcoming “Excellence in Journalism “ convention in San Antonio, TX and a recent controversy surrounding the National Association of Hispanic Journalists and FOX News.