AN UPDATE ON THE ECONOMY: STICKING WITH STOCKS IN A VOLATILE STOCK MARKET, THE U.S/CHINA TRADE WAR AND THE FEUD BETWEEN PRES TRUMP AND THE FEDERAL RESERVE CHAIR 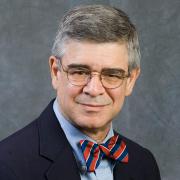 Jim Bohannon speaks with PETER MORICI, Economist, Business Professor at the University Of Maryland, College Park and a National Columnist.

MORICI served as Chief Economist at the U.S. International Trade Commission from 1993 to 1995. He is an economist and professor at the Smith School of Business, University of Maryland, and a widely published national columnist. He is the five time winner of the MarketWatch best forecaster award. Follow him on Twitter @PMorici1.

THE LAST PIRATE OF NEW YORK: A GHOST SHIP, A KILLER, AND THE BIRTH OF A GANGSTER NATION, by Rich Cohen  (Author) 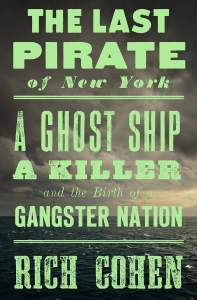 Was he New York City’s last pirate . . . or its first gangster? This is the true story of the bloodthirsty underworld legend who conquered Manhattan, dock by dock—for fans of Gangs of New York and Boardwalk Empire.

“History at its best . . . I highly recommend this remarkable book.”—Douglas Preston, #1 New York Times bestselling author of The Lost City of the Monkey God

Handsome and charismatic, Albert Hicks had long been known in the dive bars and gin joints of the Five Points, the most dangerous neighborhood in maritime Manhattan. For years, he operated out of the public eye, rambling from crime to crime, working on the water in ships, sleeping in the nickel-a-night flops, drinking in barrooms where rat-baiting and bear-baiting were great entertainments.

His criminal career reached its peak in 1860, when he was hired, under an alias, as a hand on an oyster sloop. His plan was to rob the ship and flee, disappearing into the teeming streets of lower Manhattan, as he’d done numerous times before, eventually finding his way back to his nearsighted Irish immigrant wife (who, like him, had been disowned by her family) and their infant son. But the plan went awry—the ship was found listing and unmanned in the foggy straits of Coney Island—and the voyage that was to enrich him instead led to his last desperate flight. Long fascinated by gangster legends, Rich Cohen tells the story of this notorious underworld figure, from his humble origins to the wild, globe-crossing, bacchanalian crime spree that forged his ruthlessness and his reputation, to his ultimate incarnation as a demon who terrorized lower Manhattan, at a time when pirates anchored off 14th Street.
Advance praise for The Last Pirate of New York
“A remarkable work of scholarship about old New York, combined with a skillfully told, edge-of-your-seat adventure story—I could not put it down.”—Ian Frazier, author of Travels in Siberia
“With its wise and erudite storytelling, Rich Cohen’s The Last Pirate of New York takes the reader on an exciting nonfiction narrative journey that transforms a grisly nineteenth-century murder into a shrewd portent of modern life. Totally unique, totally compelling, I enjoyed every page.”—Howard Blum, New York Times bestselling author of Gangland and American Lightning 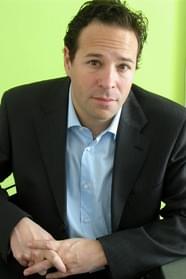 RICH COHEN is the author of the New York Times bestsellers Tough Jews; Monsters; Sweet and Low; When I Stop Talking, You’ll Know I’m Dead (with Jerry Weintraub); The Sun & the Moon & the Rolling Stones; and The Chicago Cubs: Story of a Curse.

He is a co-creator of the HBO series Vinyl and a contributing editor at Vanity Fair and Rolling Stone. He has written for The New Yorker, The Atlantic, and Harper’s Magazine, among other publications. Cohen has won the Great Lakes Book Award, the Chicago Public Library’s 21st Century Award, and the ASCAP Deems Taylor Award for outstanding coverage of music. His stories have been included in The Best American Essays and The Best American Travel Writing.