THE MILLIONAIRE WAS A SOVIET MOLE: THE TWISTED LIFE OF DAVID KARR, by Harvey Klehr (Author) 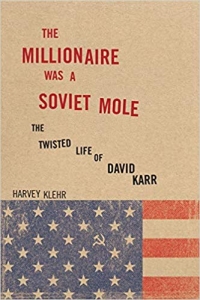 By the time he died under mysterious circumstances in Paris in 1979 at the age of sixty, David Karr had reinvented himself numerous times. His remarkable American journey encompassed many different worlds―from Communist newspapers to the Office of War Information, from muckraking columnist to public relations flack, from corporate raider to corporate executive, from moviemaker to hotel executive, from international businessman to Soviet asset. Once denounced on the floor of the Senate by Joseph McCarthy, he became a trusted adviser to Sargent Shriver, Scoop Jackson, and Jerry Brown. As a New York businessman Karr orchestrated a series of corporate takeovers, using a variety of unscrupulous tactics. With virtually no business experience, he became CEO of Fairbanks Whitney, a major defense contractor, only to be quickly ousted by outraged stockholders. After settling in Paris, he arranged the building of the first Western hotel in Moscow, obtained North American rights to the marketing of the 1980 Moscow Olympics mascot, and won the contract to sell Olympic commemorative coins. Karr died suddenly and mysteriously in 1979. The French press exploded with claims he had been murdered, naming the KGB, CIA, Mossad, and Mafia as suspects. A British journalist later accused him of plotting with Aristotle Onassis to assassinate Robert Kennedy on behalf of the PLO. With three ex-wives, one widow, five children, an outdated will, and millions of dollars in assets, Karr’s estate took a decade to unravel. Based on extensive archival research and numerous interviews, The Millionaire Was a Soviet Mole aims to unravel the perplexing question of whose side he was on during his tumultuous career. 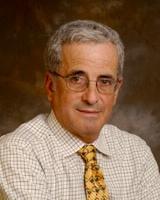 HARVEY KLEHR, Ph.D. is the Andrew W. Mellon Professor Emeritus of Politics and History and former chairman of the political science department at Emory University, where he taught from 1971 to 2016. He is the author, co-author, or editor of thirteen books, three of which have been nominated for the Pulitzer Prize.

His most recent publication is The Millionaire Was A Soviet Mole: The Twisted Life of David Karr (Encounter Books, July 16, 2019). He has also written more than 120 articles and reviews for professional journals as well as for Commentary, The New Republic, New York Review of Books, Wall Street Journal, and Weekly Standard. Dr. Klehr served on the National Council on the Humanities from 2005-2011. He was the recipient of the Emory Williams Distinguished Teaching Award for Emory College in 1983 and was recognized as the University Scholar-Teacher of the Year by Emory in 1995. He also served a six-year term as a member of the National Council on the Humanities.