He writes the “Loose Canons” column for TAS Online and often appears as a talking warhead on television and radio. He is coauthor (with Herbert London) of  The BDS War Against Israel, Publisher: London Center for Policy Research (May 21, 2014) He is also the author of Inside the Asylum: Why the UN and Old Europe are Worse Than You Think, Publisher: Regnery Publishing; First Edition edition (May 21, 2004)

GIL BARNDOLLAR is a fellow at Defense Priorities and the Military Fellow-in-Residence at the Catholic University of America’s Center for the Study of Statesmanship. 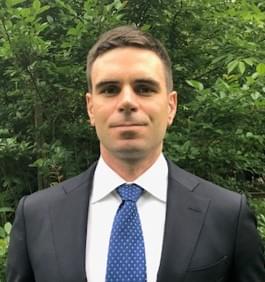 From 2009 to 2016 he served as an infantry officer in the United States Marine Corps, deploying to Afghanistan twice, to Guantanamo Bay, and to the Persian Gulf. He holds an AB in history from Bowdoin College and MPhil and PhD degrees in history from the University of Cambridge.

DEFENDING ISRAEL: THE STORY OF MY RELATIONSHIP WITH MY MOST CHALLENGING CLIENT 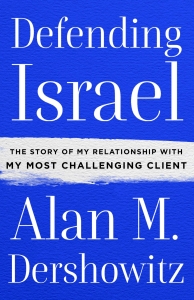 Alan Dershowitz has spent years advocating for his “most challenging client”―the state of Israel―both publicly and in private meetings with high level international figures, including every US president and Israeli leader of the past 40 years. Replete with personal insights and unreported details, Defending Israel offers a comprehensive history of modern Israel from the perspective of one of the country’s most important supporters. Readers are given a rare front row seat to the high profile controversies and debates that Dershowitz was involved in over the years, even as the political tides shifted and the liberal community became increasingly critical of Israeli policies.Beyond documenting America’s changing attitude toward the country, Defending Israel serves as an updated defense of the Jewish homeland on numerous points―though it also includes Dershowitz’s criticisms of Israeli decisions and policies that he believes to be unwise. At a time when Jewish Americans as a whole are increasingly uncertain as to who supports Israel and who doesn’t, there is no better book to turn to for answers―and a pragmatic look toward the future.

ALAN M. DERSHOWITZ is a Brooklyn native who has been called ‘the nation’s most peripatetic civil liberties lawyer’ and one of its ‘most distinguished defenders of individual rights,’ ‘the best-known criminal lawyer in the world,’ ‘the top lawyer of last resort,’ and ‘America’s most public Jewish defender.’

He is the Felix Frankfurter Professor of Law at Harvard Law School. Dershowitz, a graduate of Brooklyn College and Yale Law School, joined the Harvard Law School faculty at age 25 after clerking for Judge David Bazelon and Justice Arthur Goldberg. While he is known for defending clients such as Anatoly Sharansky, Claus von B’low, O.J. Simpson, Michael Milken and Mike Tyson, he continues to represent numerous indigent defendants and takes half of his cases pro bono. Dershowitz is the author of 20 works of fiction and non-fiction, including 6 bestsellers. His writing has been praised by Truman Capote, Saul Bellow, David Mamet, William Styron, Aharon Appelfeld, A.B. Yehoshua and Elie Wiesel. More than a million of his books have been sold worldwide, in numerous languages, and more than a million people have heard him lecture around the world. His most recent nonfiction titles are The Case For Peace: How the Arab-Israeli Conflict Can be Resolved (August 2005, Wiley); Rights From Wrongs: A Secular Theory of the Origins of Rights (November 2004, Basic Books), The Case for Israel (September 2003, Wiley), America Declares Independence, Why Terrorism Works, Shouting Fire, Letters to a Young Lawyer, Supreme Injustice, and The Genesis of Justice. His novels include The Advocate’s Devil and Just Revenge. Dershowitz is also the author of The Vanishing American Jew, The Abuse Excuse, Reasonable Doubts, Chutzpah (a #1 bestseller), Reversal of Fortune (which was made into an Academy Award-winning film), Sexual McCarthyism and The Best Defense.