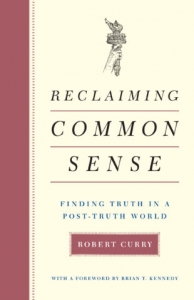 Common sense is the foundation of thinking and of human action. It is the indispensable basis for making our way in the world as individuals and in community with others, and the starting point for finding truth and building scientific knowledge. The philosophy of common-sense realism deeply informed the American Founders’ vision for a self-governing people, in a society where leaders and average citizens share essentially the same understanding of reality—of what simply makes sense. But today our confidence in the value and reliability of common sense has been badly shaken. Deep thinkers have rejected it. Elites have learned to disdain it. We’re told that we have moved into a more sophisticated world, where common sense is passé and the very concept of truth is outmoded. Indeed, the Oxford Dictionaries selected “post-truth” as the Word of the Year for 2016.

Do we actually live in a post-truth reality? Have we moved beyond common sense? Can we?

In this book, Robert Curry exposes the absurdity of the attacks on common sense, and demonstrates that we still live and move in the realm of common sense in our every waking moment. Drawing from philosophy and literature, science and psychiatry, Reclaiming Common Sense helps us regain our trust in the “superpower” we all have in common, while reminding us that we cannot get along without it. 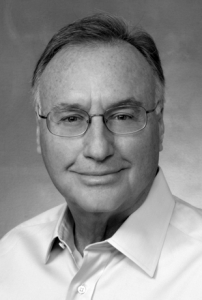 ROBERT CURRY is the author of Common Sense Nation: Unlocking the Forgotten Power of the American Idea (Encounter Books). He serves on the Board of Directors of the Claremont Institute. His articles and reviews have appeared in American Greatness, the American Thinker, the Claremont Review of Books, the Federalist, and the Journal of Aesthetics and Art Criticism.