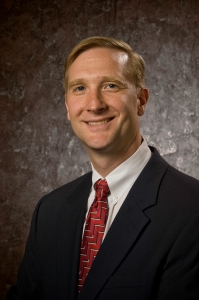 CHRISTOPHER PREBLE is the vice president for defense and foreign policy studies at the Cato Institute.

He is the author of four books, including Peace, War, and Liberty: Understanding U.S. Foreign Policy (Libertarianism.org, 2019) and The Power Problem: How American Military Dominance Makes Us Less Safe, Less Prosperous, and Less Free (Cornell University Press, 2009). He coedited, with John Mueller, A Dangerous World? Threat Perception and U.S. National Security (Cato Institute, 2014); and, with Benjamin H. Friedman and Jim Harper, Terrorizing Ourselves: Why U.S. Counterterrorism Policy Is Failing and How to Fix It (Cato Institute, 2010). Preble has also published articles in major publications, including the New York Times, USA Today, the Los Angeles Times, the Financial Times, National Review, The National Interest, and Foreign Policy, and is a frequent guest on television and radio. In addition to his work at Cato, Preble teaches the U.S. foreign policy elective at the University of California, Washington Center. Before joining Cato in February 2003, he taught history at St. Cloud State University and Temple University. Preble was a commissioned officer in the U.S. Navy, and served aboard the USS Ticonderoga (CG-47) from 1990 to 1993. Preble holds a PhD in history from Temple University.

THE WEAPONIZATION OF HISTORY 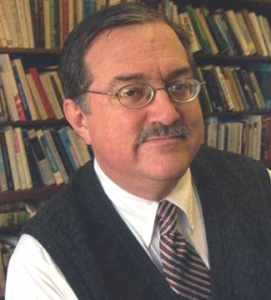 WILFRED M. MCCLAY is the G. T. and Libby Blankenship Chair in the History of Liberty at the University of Oklahoma, and the Director of the Center for the History of Liberty. He talks about “taking events and elements o the past and dressing them up for battle in the contemporary context.” His book The Masterless: Self and Society in Modern America was awarded the Merle Curti Award of the Organization of American Historians for the best book in American intellectual history. Among his other books are The Student’s Guide to U.S. History, Religion Returns to the Public Square: Faith and Policy in America, Figures in the Carpet: Finding the Human Person in the American Past, Why Place Matters: Geography, Identity, and Public Life in Modern America, and Land of Hope: An Invitation to the Great American Story. McClay served on the National Council on the Humanities, the advisory board for the National Endowment for the Humanities, for eleven years. He is a member of the U.S. Commission on the Semi-quincentennial, which has been charged with planning the celebration of the nation’s 250th birthday in 2026. He has been the recipient of fellowships from the Woodrow Wilson International Center for Scholars, the National Endowment for the Humanities, and the National Academy of Education. He is a graduate of St. John’s College (Annapolis) and received his PhD in History from the Johns Hopkins University.

CLEANING UP THE STREETS OF SAN FRANCISCO 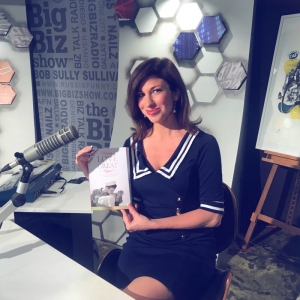 DEANNA LORRAINE is a popular YouTube Host, Conservative Political commentator, Author of ‘Making Love Great Again!’ and Host of her show Winning The Culture War with DeAnna Lorraine – and recent Congressional Candidate running against Nancy Pelosi. As a former Relationship Counselor turned outspoken political & culture warrior, she talks at length about the destructive impacts of Liberalism and how it’s destroying our relationships, the family – and our country on the whole. She’s grown so frustrated with the country and current establishment leaders in fact that she recently decided to run for Congress against none other than Nancy Pelosi of California’s 12th District.