Jim Bohannon speaks with LAURA KRANTZ, who Covers National Politics and The 2020 Election for the Boston Globe.

BLACK SITE: THE CIA IN THE POST-9/11 WORLD, by Philip Mudd (Author) 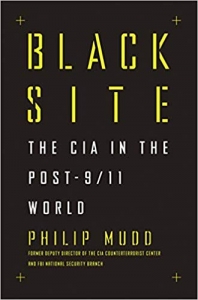 A bold account of one of the most controversial and haunting initiatives in American history, Black Site tells the full story of the post-9/11 counterterrorism world at the CIA.

When the towers fell on September 11, 2001, nowhere were the reverberations more powerfully felt than at CIA headquarters in Langley, Virginia. Almost overnight, the intelligence organization evolved into a warfighting intelligence service, constructing what was known internally as “the Program”: a web of top-secret detention facilities intended to help prevent future attacks on American soil and around the world. With Black Site, former deputy director of the CIA Counterterrorist Center Philip Mudd presents a full, never-before-told story of this now-controversial program, directly addressing how far America went to pursue al-Qa’ida and prevent another catastrophe. Heated debates about torture were later ignited in 2014 after the US Senate published a report of the Program, detailing the CIA’s use of “enhanced interrogation techniques” to draw information from detainees. The report, Mudd posits, did not fully address key questions: How did the officials actually come to their decisions? What happened at the detention facilities―known as “Black Sites”―on a day-to-day basis? What did they look like? How were prisoners transported there? And how did the officers feel about what they were doing? Black Site seeks answers to these questions and more, first by examining pre-9/11 Langley, when the CIA was tasked with collecting, disseminating, and analyzing information related to overseas events. Mudd argues that September 12, 2001, marked an operational revolution, as officials suddenly felt the weight of protecting a nation from a second wave of attacks inside the United States. Re-creating the incredibly tense atmosphere of the time, Mudd reveals that many officials felt an unshakable personal responsibility to thwart another attack.
Based on interviews from dozens of officials―many of whom have never spoken out before― Black Site illuminates how the Agency quickly stepped into the process of organizing a full-blown interrogation program. Mudd offers a deeper understanding of how the enhanced interrogation techniques were developed and how intelligence professionals prepared to talk to the world’s most hardened terrorists. With careful detail, he takes us through the process of each legally approved technique, including waterboarding. As compelling as it is revelatory, Black Site shows us the tragedy and triumph of the CIA during its most difficult days. 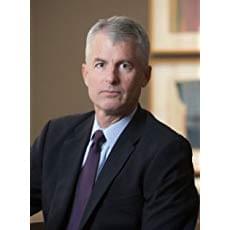 PHILIP MUDD the ex–deputy director of the CIA’s Counterterrorist Center and the FBI’s National Security Branch, appears regularly on Fox News, CNN, and NPR and lectures around the world on methodologies for understanding difficult analytic problems.

His writing has appeared in Newsweek, the Wall Street Journal, The Atlantic, Foreign Policy, and the Washington Post, and he is the author of Takedown, a detailed account of intelligence gathering in the hunt for al-Qa’ida. He is the current director of enterprise risk at SouthernSun asset management in Memphis, Tennessee.