WHAT IT’S LIKE TO GROW UP IN A SOCIALIST ECONOMY 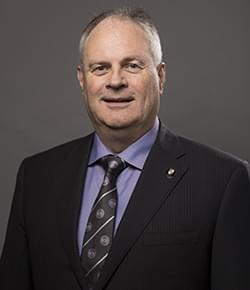 GORM TUXEN is from Demark. He arrive din the United states at the age of 26 and now serves on the  Board of Trustees at Drury University and is president and founder of Tuxen & Associates, Inc. an international business development company that builds a business presence for companies in the security, parking and transportation industries. He is also managing partner/president & CEO of IPsens, LLC, a software development and data management company and turnkey systems provider specializing in sensor-based parking availability, parking enforcement, and analysis of data related to parking and transportation infrastructure. He is also president and founder of Tuxen Integrated Systems, LLC, a security systems design and consulting company. Tuxen previously worked for Duncan Industries, at the time the world’s largest parking meter manufacturing company, as director of marketing and business development, where he developed the first model for an integrated on-street parking management solution later deployed in large cities around the world such as New York City, Washington, D.C., and Los Angeles. Hailing from Denmark, he attended The Danish School of International Marketing & Export pursuant to a Master of International Marketing & Export Management.

NO SURRENDER: A FATHER, A SON, AND AN EXTRAORDINARY ACT OF HEROISM THAT CONTINUES TO LIVE ON TODAY , by Christopher Edmonds  (Author), Douglas Century (Author) 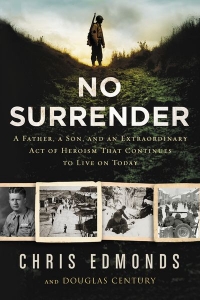 Spanning seven decades and linking a sprawling cast of heroes from every corner of the country, No Surrender is an unforgettable story of a father’s extraordinary acts of valor in the treacherous final days of World War II and a son’s journey to discover them.

Like most members of the Greatest Generation, Roddie Edmonds, a humble American soldier from East Tennessee, rarely spoke about his experiences during World War II. Not even his son Chris—who always considered his father a hero—knew the full details of Roddie’s capture at the Battle of the Bulge or his captivity at Stalag IXA, a Nazi POW camp. But when Chris’s daughter was assigned a family history project, Chris reread Roddie’s wartime diaries, which set in motion a series of life-changing events. Called to learn his father’s story with a renewed sense of passion and purpose, Chris embarked on a years-long journey, interviewing surviving POWs under Roddie’s command, and retracing his father’s footsteps, from Fort Jackson, Georgia, where a boyish Roddie transformed into a seasoned leader of men, to the patch of grass near Zeigenhein, Germany, where he stared evil in the eye and dared a Nazi to shoot. Chris Edmonds, along with New York Times bestselling author Douglas Century, takes us to the front lines of this inspiring multigenerational story, revealing in gripping, novelistic detail Roddie’s previously untold heroism—and the lasting effects his bravery had on the lives of thousands, then and now. “What was most remarkable about my journey to discover what my father did during the war,” Chris writes, “was the realization that any one of us has the untapped potential to do something incredibly courageous. We all have the potential to change the world simply by standing up for what’s right.” A quintessential American story of bravery, compassion, and righteousness, No Surrender is a shining example of the transformative and redemptive power of moral courage and a celebration of faith, family, and service, the very characteristics that continue to define us today. 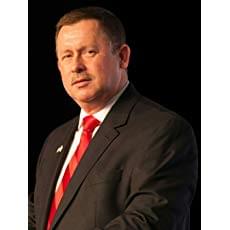 CHRIS EDMONDS is senior pastor of Piney Grove Baptist Church in Maryville, Tennessee, and chief executive officer of Roddie’s Code, LLC, and The Roddie Edmonds Foundation, organizations committed to extending the legacy and leadership of Master Sergeant Edmonds to future generations. He also teaches Leadership Development to military leaders at the University of Alabama at Huntsville. He earned his bachelor’s degree in business at the University of Tennessee and, later, a master’s degree in religion at Liberty Theological Seminary. He lives in Maryville, Tennessee, with his wife, Regina.