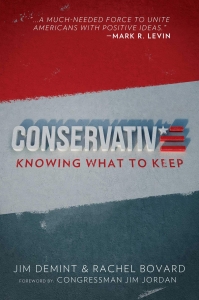 America is on the road to tyranny and socialism, and only a national return to transcendent values and proven traditions will bring us back to freedom and prosperity.
Americans hunger for something real to believe in—leaders and ideas that actually work to make their lives better. The current political system is not satisfying this hunger and people are rebelling. Polished, experienced candidates in both the Democrat and Republican parties are facing stiff competition from radical, but more authentic, candidates.Jim DeMint and Rachel Bovard make a rock-solid case for why the principles that made America the freest, most prosperous nation in world history must be reclaimed to prevent our demise. Conservative is the simple truth on which this book is built; we all tend to keep what works. This exploration delivers the goods on what has and will work for America. 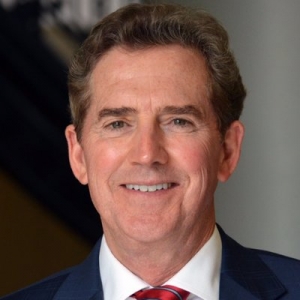 JIM DEMINT is chairman of the Conservative Partnership Institute and a bestselling author. a successful businessman who served a combined fourteen years in the U.S. House and Senate. He created the Senate Conservatives Fund to get true conservatives elected. 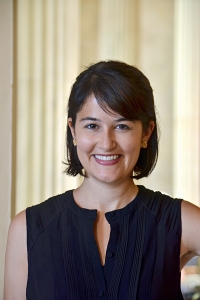 RACHEL BOVARD, named one of National Journal’s “Most Influential Women in Washington Under 35.” She is a highly-respected policy expert who worked in Congress. She is now senior partner and policy director of the Conservative Partnership Institute.

THE MOST DANGEROUS BRANCH: INSIDE THE SUPREME COURT IN THE AGE OF TRUMP, by David A. Kaplan  (Author) 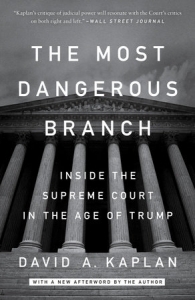 In the bestselling tradition of The Nine and The Brethren, The Most Dangerous Branch takes us inside the secret world of the Supreme Court. David A. Kaplan, the former legal affairs editor of Newsweek, shows how the justices subvert the role of the other branches of government—and how we’ve come to accept it at our peril.

Never before has the Court been more central in American life. It is now the nine justices who too often decide the biggest issues of our time—from abortion and same-sex marriage to gun control, campaign finance, and voting rights. The Court is so crucial that many voters in 2016 made their choice based on whom they thought their presidential candidate would name to the Court. Donald Trump picked Neil Gorsuch—the key decision of his new administration. The newest justice, Brett Kavanaugh—replacing Anthony Kennedy—is even more important, holding the swing vote over so much social policy. With the 2020 campaign underway, and with two justices in their ’80s, the Court looms even larger. Is that really how democracy is supposed to work? Based on exclusive interviews with the justices, Kaplan provides fresh details about life behind the scenes at the Court: the reaction to Kavanaugh’s controversial arrival, the new role for Chief Justice John Roberts, Clarence Thomas’s simmering rage, Antonin Scalia’s death, Ruth Bader Ginsburg’s celebrity, Breyer Bingo, and the petty feuding between Gorsuch and the chief justice. Kaplan offers a sweeping narrative of the justices’ aggrandizement of power over the decades—from Roe v. Wade to Bush v. Gore to Citizens United. (He also faults the Court for not getting involved when it should—for example, to limit partisan gerrymandering.) But the arrogance of the Court isn’t partisan: Conservative and liberal justices alike are guilty of overreach. Challenging conventional wisdom about the Court’s transcendent power, as well as presenting an intimate inside look at the Court, The Most Dangerous Branch is sure to rile both sides of the political aisle. 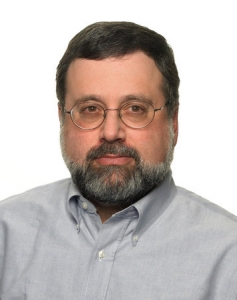 DAVID A. KAPLAN is the former legal affairs of Newsweek, where he covered the Supreme Court for a decade. His other books include The Silicon Boys (a New York Times bestseller that was translated into six languages), The Accidental President (an account of the 2000 election on which HBO’s “Recount” was based), and Mine’s Bigger (a biography of the largest sailboat in the world that won the Loeb Award for Best Business Book of 2008). A graduate of Cornell and the New York University School of Law, he teaches courses in journalism and ethics at NYU.