AMANDA RENTERIA, Chair of Emerge America and Former Chief of Operations at California Department of Justice joins us.

RENTERIA was recently named the Chair of Emerge America a national organization that has trained more than 4,000 democratic women to run for office. She began her government service at the local level in the City of San Jose and spent close to a decade in the United States Senate. During her Senate tenure, Amanda worked closely on the Affordable Care Act, the Farm Bill, and the Re-organization of the Auto Industry. She was named one of the top 50 most influential staffers and became the first Latina Chief of Staff in the United States Senate. In 2014, she returned to her hometown and was a candidate for US Congress in California’s 21st District, where she was chosen as the Democratic Party’s nominee. In 2016, Amanda served as the National Political Director for Secretary Clinton’s presidential run. After the 2016 election, Amanda served as Chief of Operations for the California Department of Justice for Attorney General, Xavier Becerra.

CURT MILLS, Senior Writer at The American Conservative focusing on foreign policy, national security, the Trump presidency and 2020 campaign also joins us on to discuss impeachment. 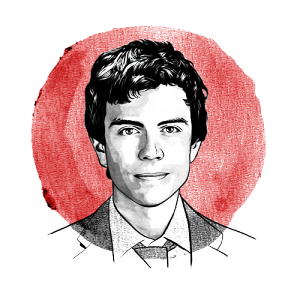 MILLS previously reported for The National Interest, The Washington Examiner, and US News & World Report, and is a 2019 Robert Novak Journalism Fellow and fellow at the Claremont Institute. He is a native and resident of Washington, D.C.

Scimeca got his start in politics working as a media analyst, tracking and analyzing network news programs. He soon noticed the overwhelming bias of network programming pushing big government policies over personal empowerment, prompting him to focus his energies on helping candidates committed to individual liberty win office. Mr. Scimeca has since consulted or managed over three dozen winning campaigns on the local, state and federal level, including working as part of the creative direct-mail team for a winning presidential campaign.