AMERICAN SECESSION: THE LOOMING THREAT OF A NATIONAL BREAKUP, by F.H. Buckley (Author) 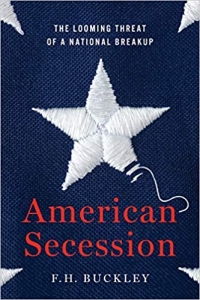 Americans have never been more divided, and we’re ripe for a breakup. The bitter partisan animosities, the legislative gridlock, the growing acceptance of violence in the name of political virtue—it all invites us to think that we’d be happier were we two different countries. In all the ways that matter, save for the naked force of law, we are already two nations. There’s another reason why secession beckons, says F.H. Buckley: we’re too big. In population and area, the United States is one of the biggest countries in the world, and American Secession provides data showing that smaller countries are happier and less corrupt. They’re less inclined to throw their weight around militarily, and they’re freer too. There are advantages to bigness, certainly, but the costs exceed the benefits. On many counts, bigness is badness.
Across the world, large countries are staring down secession movements. Many have already split apart. Do we imagine that we, almost alone in the world, are immune? We had a civil war to prevent a secession, and we’re tempted to see that terrible precedent as proof against another effort. This book explodes that comforting belief and shows just how easy it would be for a state to exit the Union if that’s what its voters wanted.But if that isn’t what we really want, Buckley proposes another option, a kind of Secession Lite, that could heal our divisions while allowing us to keep our identity as Americans. 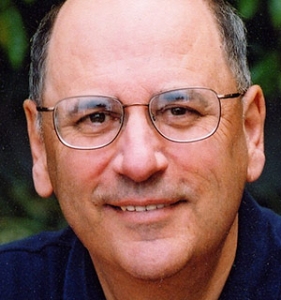 FRANK BUCKLEY teaches at Scalia Law School. He is a senior editor at the American Spectator and a columnist for the New York Post, and has written for numerous other publications including the Wall Street Journal, USA Today, Modern Age, National Review, the American Conservative, the New Criterion, Real Clear Politics, the National Post (Canada) and the Telegraph (UK). His most recent book is “The Republican Workers Party: How the Trump Victory Drove Everyone Crazy, and Why It Was Just What We Needed.” [Publisher: Encounter Books (September 4, 2018)]