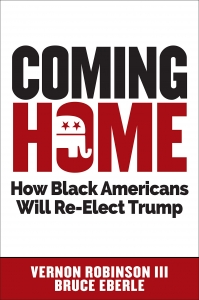 No one would ever argue that America has not had deep, ugly flaws, slavery and segregation being by far the most notable. But, thanks to great leaders like Abraham Lincoln and Dr. Martin Luther King, Jr., Americans bled and died to bring such hideous tragedies to an end. Today, conservative activists Vernon Robinson and Bruce Eberle see a new threat the American republic – the radical left.  The once great Democratic Party has been hijacked by radical leftists who spurn traditional American values, and seek to impose cradle to grave government control over our lives. Coming Home is not about just resisting these radicals, but triumphing over them – with a landslide victory for Donald Trump. Why are the authors of this book so certain that Donald Trump can route the radical left in 2020? The answer is a secret that they learned from the 2016 presidential campaign: black Americans not only gave Donald Trump his margin of victory in Pennsylvania, but they also did the same thing in the key state of Michigan. In reality, it was black Americans who made the election of President Trump possible. Tracing the historic events that caused black American disenfranchisement from the GOP, Coming Home also provides a strategic roadmap to persuading a crucial 20% or more of black Americans to vote for Donald Trump in 2020 – and ensure a second term. 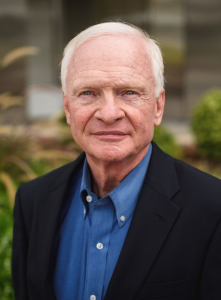 BRUCE EBERLE is the President and Founder of Eberle Communications Group, Inc. an organization that helps nonprofit leaders realize their dreams. He is a Trustee of Youth for Tomorrow New Life Foundation, a Director of Time of Grace Ministry, and a past member of the Board of Regents of Wisconsin Lutheran College. He is a recipient of the Nehemiah Award for leadership from Youth for Tomorrow, and the Pro Gloria Dei award from Wisconsin Lutheran College. A graduate of the University of Missouri and a veteran, Bruce and his wife, Kathi, have two children, Elizabeth and Matthew.