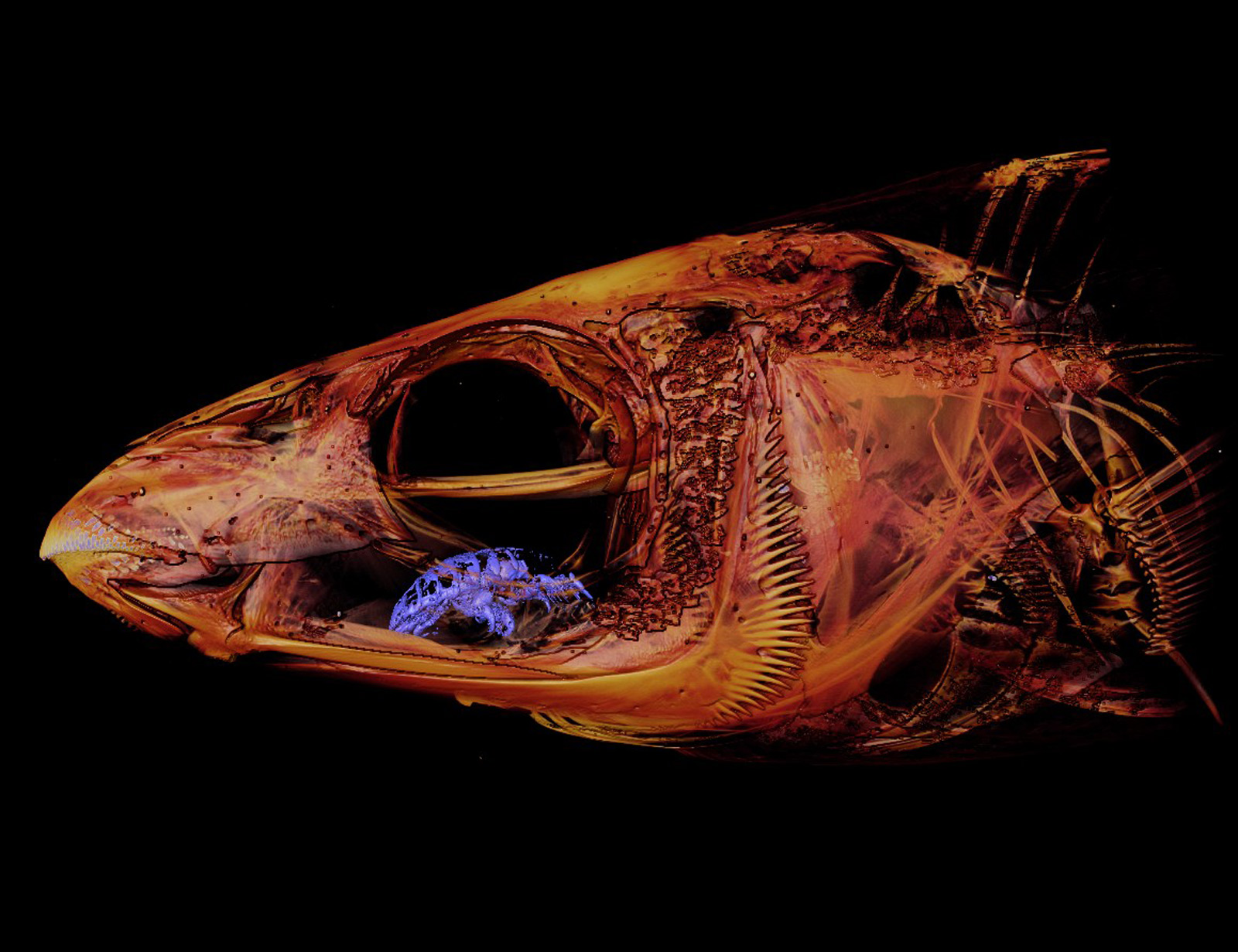 In the course of studying wrasse skulls, an evolutionary biologist found a parasite hiding inside a fish’s mouth. And not only had the louse eaten the fish’s tongue — it effectively replaced it.

The parasite, a tongue-eating louse, is found in a variety of fish and ecosystems, but it’s not known to what degree. The accidental discovery could spur further research into the parasite.

The thought of a bug-like creature feeding on tongues is enough to make any non-expert shudder, but for Kory Evans, an assistant professor in the Department of BioSciences at Rice University, it was an exciting find.

Evans studies how traits evolved in fish — a good evolutionary model, since they make up half of all vertebrate species. He’s mostly interested in their skulls, including how they form and what factors impact their shape.

His current project involves scanning hundreds of species of wrasses (he charts his research on Twitter with the hashtag #BackDatWrasseUp). Wrasses are the second-largest family of fish, and Evans is creating three-dimensional models of their skeletons to test some evolutionary hypotheses.

He started his regular scanning process early Monday morning. He’s scanned around 200 species so far with few surprises, he said. But this week, and in this one particular scan, he noticed that the mouth of a wrasse was full — it looked like a bug had found its way inside.

That was odd, Evans said, because that species of wrasse is vegetarian.

“This shouldn’t eat bugs, this eats seaweed, so what’s going on here?” he remembered thinking.

A closer look showed that the “bug” was actually a tongue-eating louse, a parasitic isopod, which is a type of crustacean.

The parasites sneakily enter through a fish’s gills, settle on their tongue and sever the blood vessels there, Evans said. The louse feeds off that blood until the tongue dies — and in effect, it replaces the tongue.

It was a shocking find, he said.

“It was my first scan of the day, so that was sick,” he said.

There’s a lot of unknowns about tongue-eating louses

According to PBS’ long-running nature program, NOVA, the tongue-eating louse prefers snapper. So, what was it doing in the mouth of a vegetarian wrasse?

Evans isn’t sure. Tongue-eating louses aren’t a common find in CT scans, and it’s not known how common they are among fish. This is the first one he’s found in a scan.

But the biology community delighted in his find.

“I was super surprised by how many people cared,” Evans said.

One Twitter user made a virtual-reality walkthrough of the wrasse skull, and tongue-eating louse experts have contacted him, too, interested in his work.

Evans said he might end up writing about the tongue-eating louse as a “side project” after his larger project digitizing the wrasse skull scans is complete — he’s already found some significant relationships between diet and head shape, he said. For now, he’ll keep studying fish skulls — and hope another louse will appear.