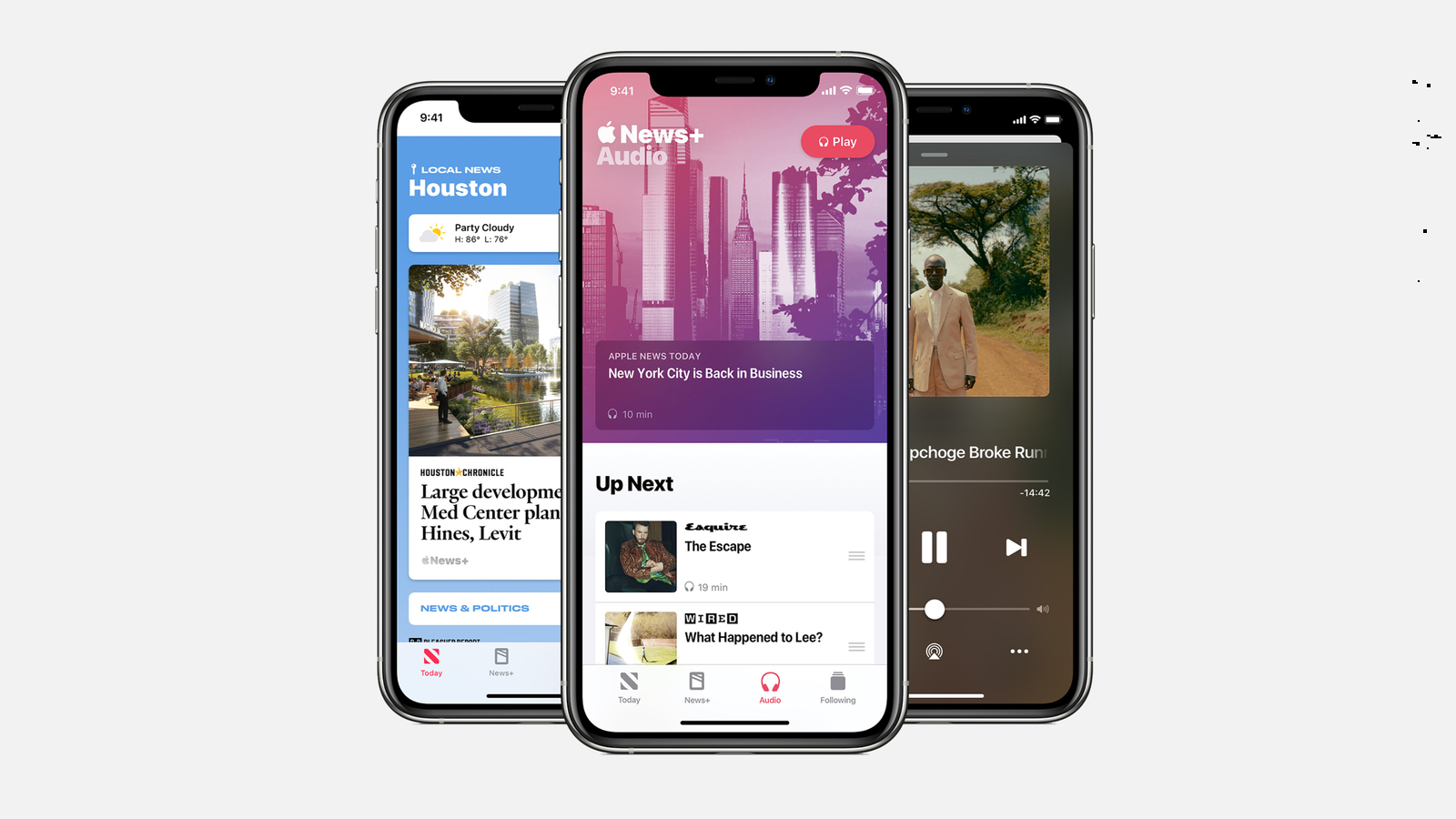 Apple is betting on customers who want to listen to — not just read — news on their devices.

Apple announced Wednesday it will start producing its own daily news briefing called Apple News Today. For the roles of co-hosts, Apple has enlisted the help of two journalists with audio reporting bonafides: former WNYC hosts Shumita Basu and Duarte Geraldino. The podcast will run Monday to Friday mornings and it will be available in Apple’s News and Podcasts apps. The briefing will cover the day’s news in under 10 minutes.

Apple is also creating audio versions of print stories that will be available in Apple News+, the company’s subscription service that provides users with access to top magazines and newspapers. Apple’s team of editors will produce about 20 audio stories per week narrated by professional voice actors. They will only be available to Apple News+ subscribers in the US at launch. Publishers, which include Essence, Esquire, Fast Company, GQ, New York Magazine among others, are compensated based on engagement.

Apple is adding an Audio tab to its News app that will be home to the Apple News Today podcast and its new audio stories. The audio features also are available on Apple’s CarPlay system.

Apple has long been the dominant player in podcasts. But Spotify has been competing for a greater share of podcast consumption by buying exclusives and expanding internationally. These new products will draw even more attention to Apple as a go-to audio player — not only to the more than 125 million people in the US, UK, Australia and Canada who already use Apple News each month, but also to anyone who owns an iPhone.

While publishers will benefit from the audio stories, Apple News Today will compete with audio experiences from reputable news publishers such as NPR and The New York Times, whose popular podcast “The Daily” recently hit a billion downloads. Last month, The Times announced it would no longer share its articles on Apple News. The newspaper’s Chief Operating Officer Meredith Levien told Nieman Lab, “Ultimately the thing we’re trying to do is play a bigger role in many more people’s lives. And I think with each passing year, we’re getting better and better at doing that ourselves.”

Local news will also get more attention in Apple News and Apple News+. Apple’s team of editors will curate local news in the News app for several areas in the US — the Bay Area, Houston, Los Angeles, New York, and San Francisco — with plans to expand.

Apple News+ subscribers in the US now have access to seven local newspapers: The Charlotte Observer, The Idaho Statesman, The Kansas City Star, the Miami Herald, The News & Observer, The State and The Sacramento Bee. Each of these papers are owned by McClatchy, which have long been available on Apple News but are now joining Apple News+.

“Local news is more vital now than ever and we are excited to partner with Apple in their efforts to spotlight the strong, independent local journalism our newsroom are producing across the country and expand the reach of local content to new audiences,” Angela Lunter, McClatchy’s senior director of business strategy and operations, said in a statement to CNN Business.

Apple News+ subscribers in Canada now have access to French-language newspaper Le Devoir and The Globe and Mail will be added later this summer.