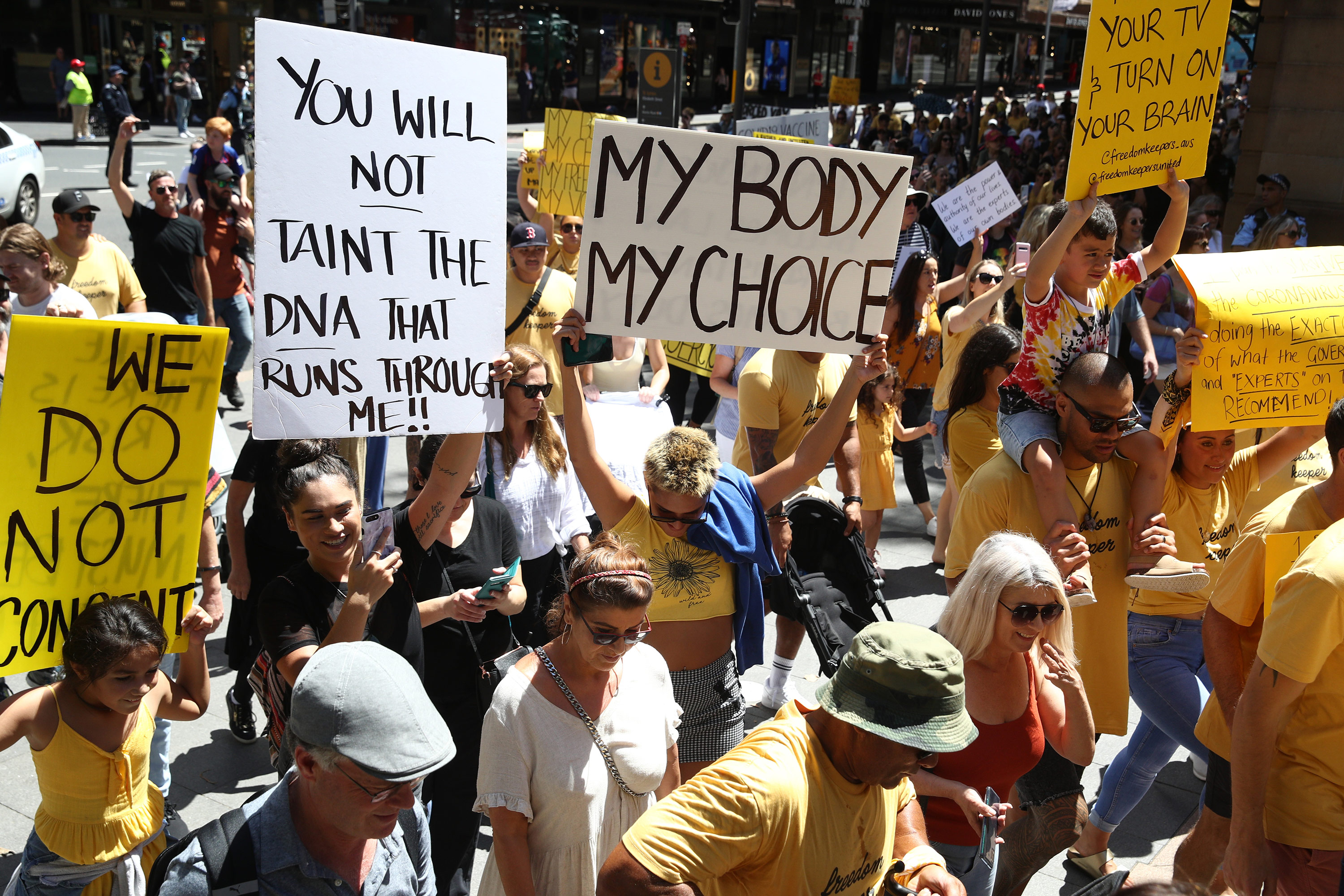 Australia’s government has condemned the “disgusting” behavior of spectators at the Australian Open tennis tournament Sunday, after sections of the crowd loudly booed a speech praising the rollout of the Covid-19 vaccine.

Audible boos could be heard throughout the Melbourne crowd of approximately 7,400 during a speech by Tennis Australia chief Jayne Hrdlicka, in which she suggested now was a time for “optimism and hope” with vaccinations “rolling out in many countries the world.”

Hrdlicka continued to speak, only to be interrupted with more jeers after she thanked the state government. “You are a very opinionated group of people,” Hrdlicka said in response to the crowd reaction.

The booing incident followed a disrupted final at the Rod Laver Arena, during which two demonstrators were ejected by security staff for shouting pro-refugee slogans, CNN affiliate Seven News reported. Play was also briefly halted when Medvedev demanded shouting and whistling fans “show some respect” as he prepared to serve, with the umpire telling the crowd to “please keep it fair.”

It’s not clear why the crowd booed the vaccine mention.

The incident comes as Australia rolls out its national inoculation program Monday, with healthcare workers and seniors among the first to get their shots.

Australia has secured more than 150 million Covid-19 vaccine doses, with the first batch of Pfizer shots arriving in the country last week, according to health officials.

On Monday, Australia’s Deputy Prime Minister Michael McCormack described the behavior of Australian Open spectators as “disgusting,” according to Seven News, saying the vaccine was going to get Australia “back to some sort of pre-Covid normality.”

Former Australian tennis star Rennae Stubbs also described the booing by spectators as “disgraceful.” Other Australian public figures including author and astrophysicist Lisa Harvey-Smith joined in on condemning the booing of the vaccine rollout, with Harvey-Smith saying that the spectators needed to “take a long hard look at their privilege.”

The booing at the Australian Open followed a series of small protests across the country on Saturday, where hundreds of anti-vaccination advocates gathered to demonstrate against the vaccine program just days before it was due to begin.

The rallies took place in a number of major Australian cities, including Sydney and Melbourne, according to Seven News. Protesters held up signs with slogans such as “You’ll never take our freedom” and “My body, my choice.”

Australia has been among the world’s most successful countries in containing the coronavirus, thanks to its relative isolation and highly-effective Covid-19 prevention measures, including mandatory hotel quarantine for arrivals, rapid lockdowns and free public testing.

Spectators were even briefly banned from the Australian Open itself last week after a minor outbreak in Melbourne sent the city into a government-mandated lockdown for five days.

About 60,000 doses of the Pfizer vaccine are expected to be administered by the end of February, according to Prime Minister Scott Morrison’s office, but Morrison has said repeatedly that he will not make taking the shots mandatory.

It is difficult to measure the size of the anti-vaccination movement in Australia, which has been buoyed in recent months by support from prominent advocates including anti-immigration senator Pauline Hanson and celebrity chef Pete Evans. Evans spoke at an anti-vaccination rally in Sydney on Saturday, according to Seven News,

An Essential Media poll in January 2021 found that one in 10 Australians said they would “never get vaccinated.”