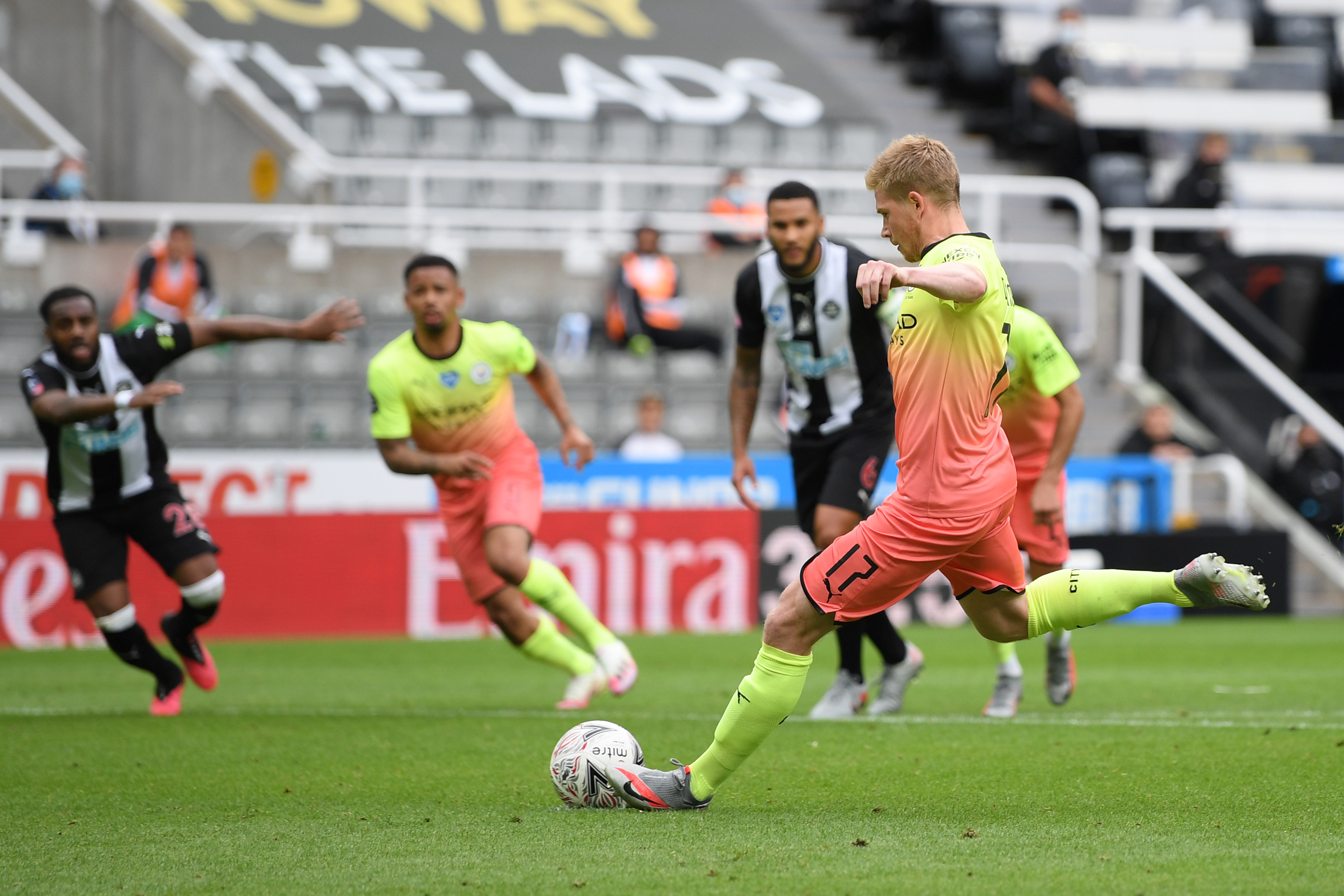 Manchester United, Manchester City, Chelsea and Arsenal — the last four winners of football’s oldest cup competition — advanced to the penultimate round with away victories this weekend in England.

In next month’s semifinals at Wembley in London, Manchester City faces Arsenal — Mikel Arteta was Pep Guardiola’s assistant at City prior to becoming the Gunners’ manager in December — and Manchester United faces Chelsea.

City crushed Arsenal 3-0 two weeks ago as the Premier League resumed behind closed doors during the coronavirus pandemic.

On Sunday, Arsenal needed a goal in second-half injury time from on-loan midfielder Dani Ceballos to advance in Sheffield. That after the Blades leveled in the 87th minute through David McGoldrick.

Sheffield United — an impressive eighth in the Premier League after being promoted from the second tier — had two goals disallowed for offside. Both times they appeared to be the correct decisions, though.

Arsenal sits below Sheffield United in the top flight but won for the second straight game. It also leads with 13 FA Cup titles, one more than Manchester United.

“I am really pleased with the result. This is a difficult place to come and get a win,” Arteta told reporters. “After conceding so late, to show the reaction is not easy and it is very pleasing and we are back at Wembley.

“It is a great opportunity to try and win a title and play in Europe. We still have to improve in many areas but every win gives you some credit and encouragement. Hopefully we can now have some momentum.”

Chelsea currently occupies the final Champions League spot in fourth, one position behind Leicester. But Leicester is now struggling, having not won since English football’s return.

And top scorer Jamie Vardy has yet to find the back of the net since the restart.

Chelsea benefited from the better chances, with Leicester keeper Kasper Schmeichel making a fine save to deny in-form US international Christian Pulisic in the first half.

It wasn’t the Blues’ best game, but Chelsea improved after the interval and got the winner in the 63rd minute when Ross Barkley met Willian’s cross for his third goal in the competition this season.

Willy Caballero flapped at a cross in the Chelsea goal in the dying minutes but defender Cesar Azpilicueta bailed him out by blocking Caglar Soyuncu’s header.

Then Schmeichel denied Barkley with Leicester stretched to limit the damage.

“It was a lethargic performance from us,” Chelsea manager Frank Lampard admitted to his club’s website.

“The second half, there were glimpses of it (our good play) and I am delighted that we came through the tie. If we turn up to other games like we did today, though, then no chance. We were lucky today.”

Manchester City didn’t need luck at Newcastle in the late kickoff. Like in their league clash in November, City dominated possession, especially in the first half. That ended 2-2.

But Newcastle couldn’t tie City on Sunday, meaning the Magpies’ trophy drought of around 50 years persists. City, meanwhile, is on course for a cup treble, having won the League Cup this season and still in contention in the Champions League after holding a first-leg advantage over Real Madrid in the round of 16.

This after being outdone by Liverpool in the league.

“Now in the Premier League, we struggle a little bit to focus,” Guardiola, whose side lost to Chelsea last week to officially give Liverpool the title, told the BBC. “But now of course, the FA Cup and Champions League, it’s a little different for the fact that being at Wembley again, we were the winners last season.

“We’re in the semifinals again, so that’s so good and prepare of course at the end of the season for Real Madrid.”

Birthday boy Kevin de Bruyne celebrated turning 29 by opening the scoring from the penalty spot in the 37th minute after Fabian Schar pushed Gabriel Jesus, in for the injured Sergio Aguero, in the box.

Newcastle opened up in the second half instead of sitting back and should have leveled. But Dwight Gayle — who had just entered as a substitute — shot over the bar from close range. It was one of the misses of the season.

Visit our football page for more news and videos

Almost immediately the home team was made to pay, as Raheem Sterling’s effort from outside the box beat Karl Darlow in the 68th minute.