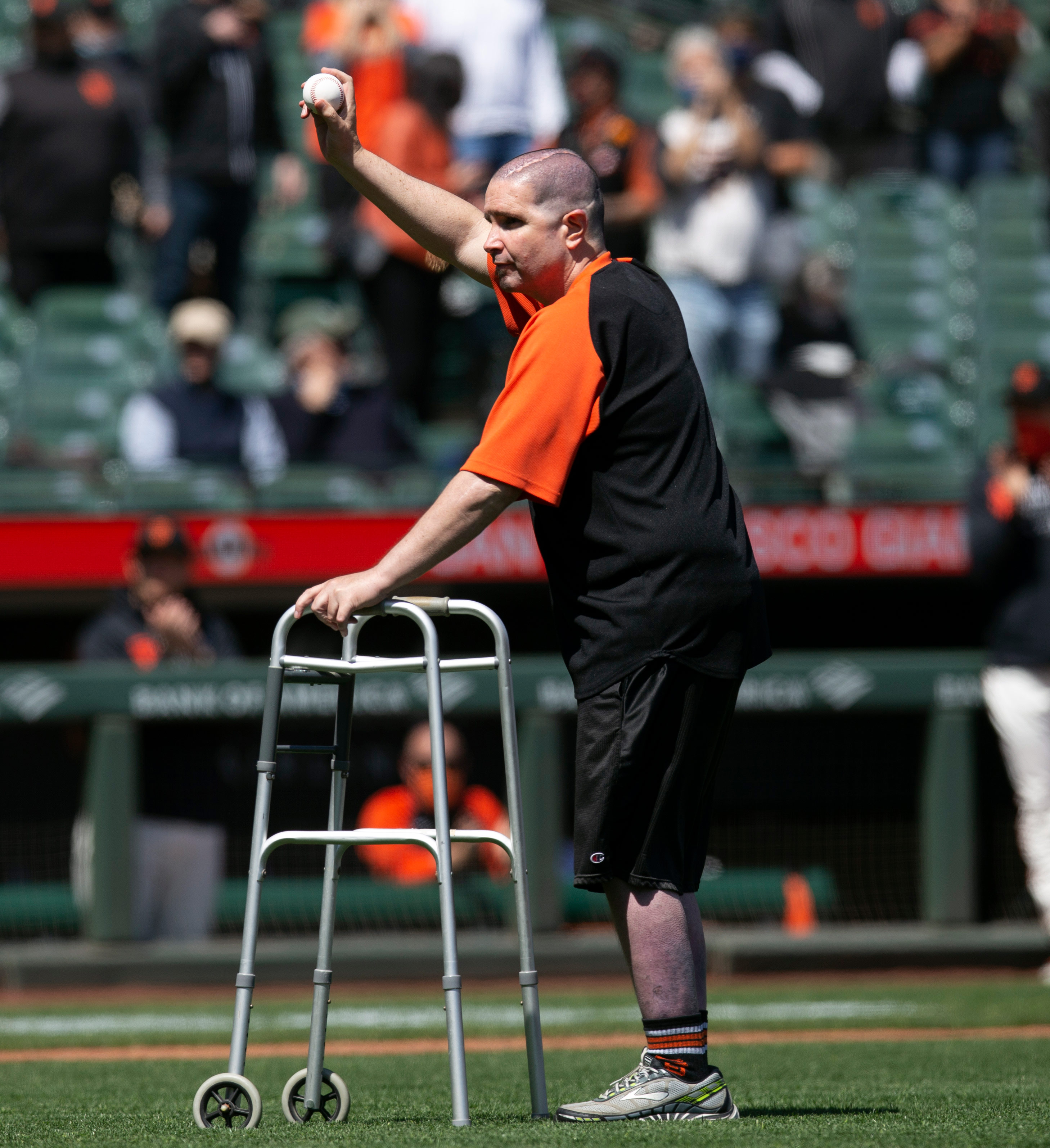 Assisted by a walker, the fan donned the Giants’ orange and black, the same colors he was wearing 10 years ago when he was beaten and nearly killed.

In 2011, Stow attended an Opening Day game at Dodgers Stadium in Los Angeles. Searching for a taxi back to his hotel with his friends, Stow was blindsided by an attack in the parking lot, his head hitting the ground in a fall as the attackers then kicked his skull and ribs. The paramedic and father of two clung to life in a coma for the next nine months.

Two men were charged in the attack and sentenced to prison in 2014.

After 10 years and what doctors called a miraculous recovery from severe brain and spinal injuries, Stow was on the pitcher’s mound Friday. At home plate was another baseball hero: Alyssa Nakken.

Nakken, the first female coach on a Major League Baseball staff in league history, is in her second season as an assistant coach for the Giants. The two shook hands and embraced for a photograph after the pitch.

With his family in attendance, Stow then watched his favorite team defeat the Colorado Rockies 3-1.

Since the attack, Stow has spoken to communities and schools through the Bryan Stow Foundation, advocating for an end to bullying and fan violence and encouraging people to live kinder lives.