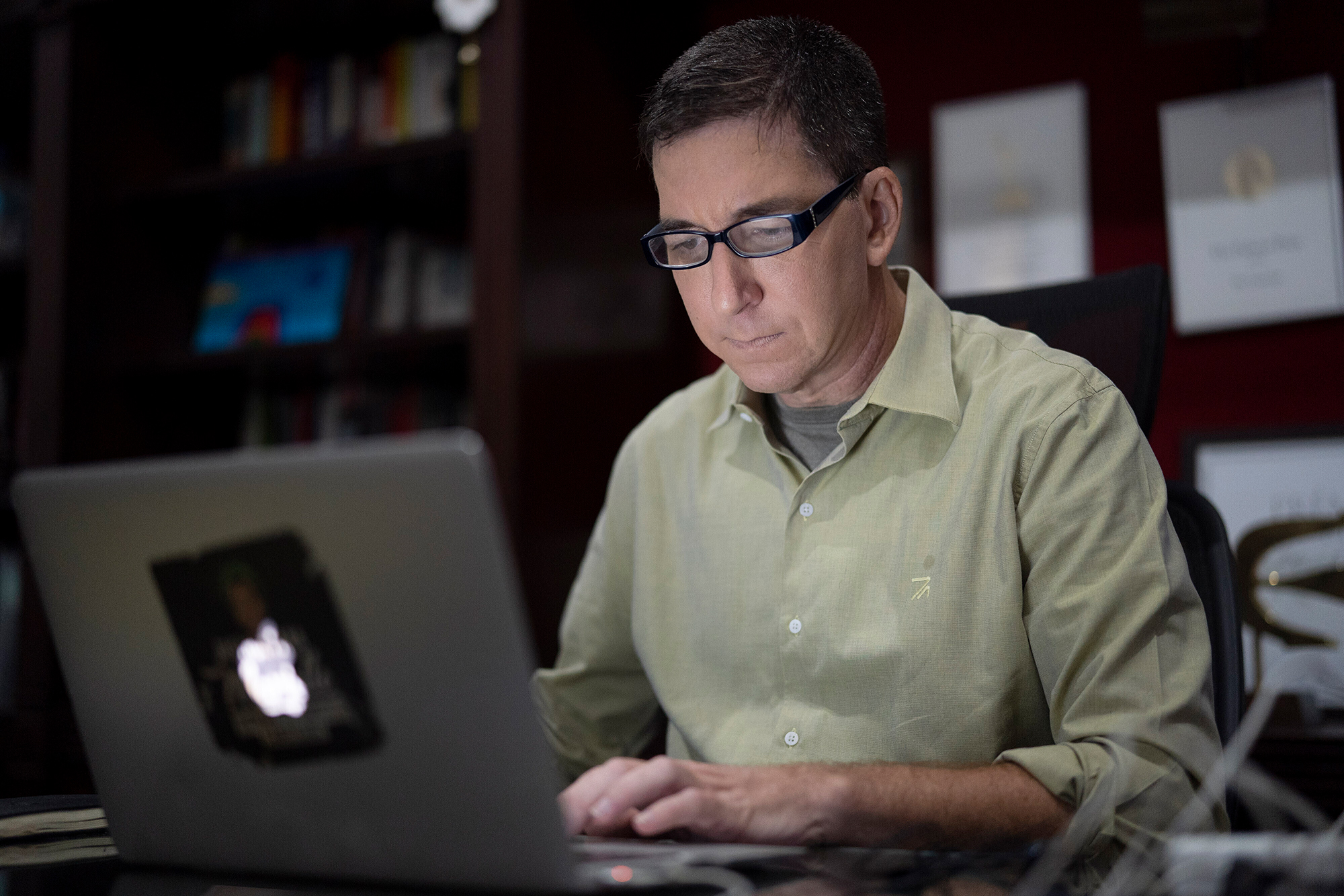 Glenn Greenwald is resigning from The Intercept, the news site he co-founded in 2013 not long after his most prominent work, the publication of articles based on leaks from former National Security Agency contractor Edward Snowden.

In a lengthy letter of resignation published Thursday, Greenwald alleged his editors “censored” an article he wrote this week about former Vice President Joe Biden. He claimed that the editors were “refusing to publish it unless I remove all sections critical of Democratic presidential candidate Joe Biden, the candidate vehemently supported by all New-York-based Intercept editors involved in this effort at suppression.”

Greenwald also included the text of a separate resignation email he sent to Michael Bloom, the president of First Look Media, which owns The Intercept, and Betsy Reed, the editor in chief.

“The precipitating (but by no means only) cause is that The Intercept is attempting to censor my articles in violation of both my contract and fundamental principles of editorial freedom,” Greenwald’s email says.

In a statement issued after this story was published, Reed said Greenwald’s “narrative” about his departure from the Intercept is “teeming with distortions and inaccuracies — all of them designed to make him appear a victim, rather than a grown person throwing a tantrum.” She said that Greenwald “demands the absolute right to determine what he will publish,” adding that he believes that “anyone who disagrees with him is corrupt, and anyone who presumes to edit him is a censor.”

“We have the greatest respect for the journalist Glenn Greenwald used to be, and we remain proud of much of the work we did with him over the past six years,” Reed said in the statement. “It is Glenn who has strayed from his original journalistic roots, not the Intercept.”

Greenwald shared his resignation letter in a series of tweets on Thursday.

Greenwald said he will soon publish the article in question on Substack, the newsletter platform to which he posted the letter. He added that he will continue to publish on Substack, which he heralded as a place where journalists “have come in order to practice journalism free of the increasingly repressive climate that is engulfing national mainstream media outlets across the country.”

Substack has attracted several journalists looking to leave their corporate jobs to go independent. Longtime columnist Andrew Sullivan resigned from New York magazine in July and now focuses on a Substack newsletter, which is listed as No. 5 on the top paid publications on the platform.

Greenwald said in his letter that resigning was not an easy decision.

“Like anyone with young children, a family and numerous obligations, I do this with some trepidation, but also with the conviction that there is no other choice,” Greenwald wrote.