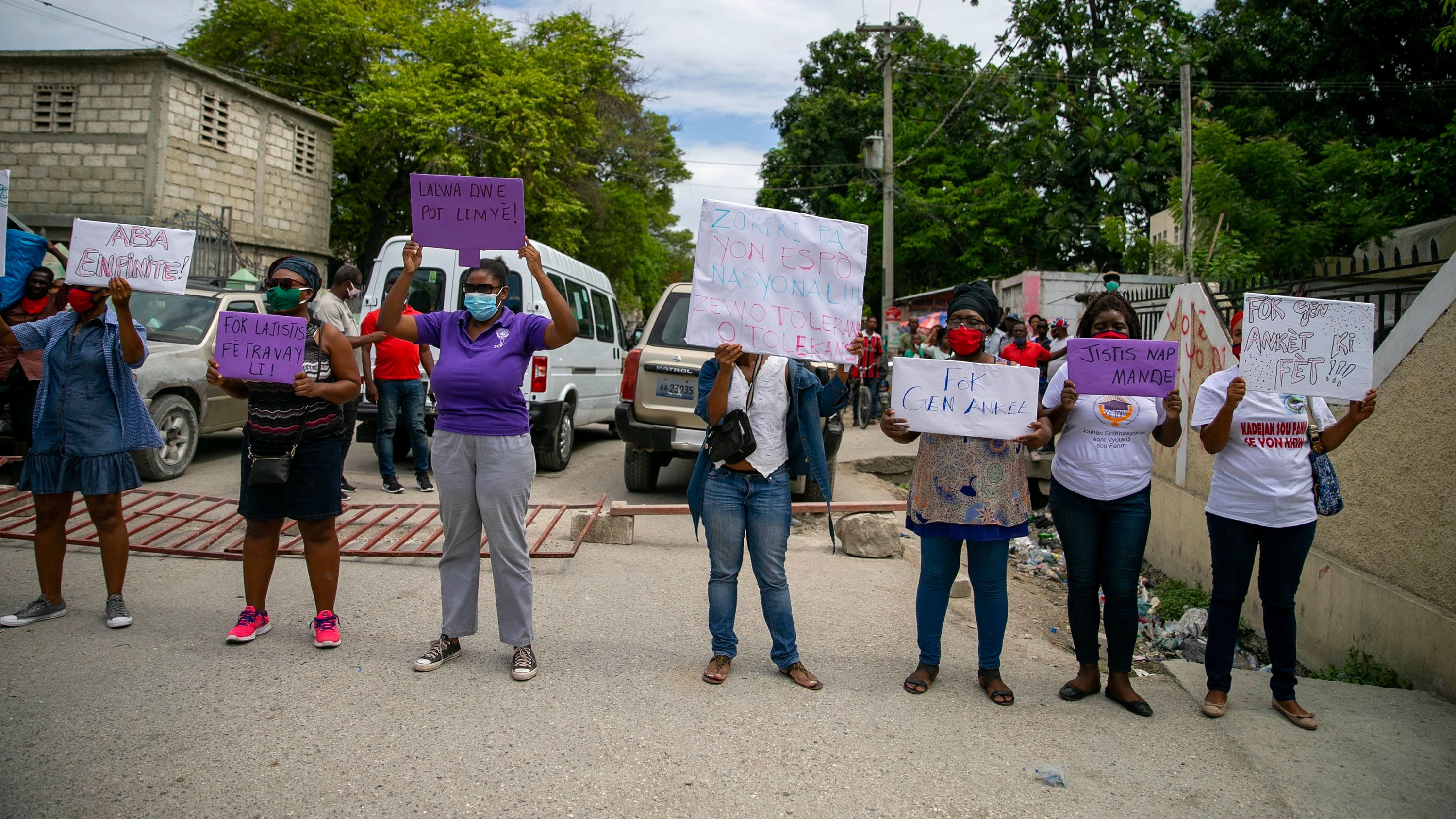 International football’s governing body, FIFA, has banned the president of the Haitian Football Federation (FHF), Yves Jean-Bart, from the sport for life, following an investigation into allegations of sexual harassment and abuse, the organization said in a statement.

In May, Jean-Bart, also known as “Dadou,” was provisionally suspended by FIFA while the organization’s ethics committee carried out an internal investigation into the allegations. On November 18th, FIFA moved to ban Jean-Bart prior to notifying him of their decision on Friday.

FIFA’s ethics committee claims that Jean-Bart had “abused his position and sexually harassed and abused various female players, including minors, in violation of the FIFA Code of Ethics.”

In a statement, FIFA said Jean-Bart was sanctioned “with a life ban from all football-related activities (administrative, sports or any other) at both national and international level.” He also was ordered to pay a fine of 1 million Swiss francs, or nearly $1.1 million United States dollars.

“The aforementioned ethics proceedings are part of an extensive investigation concerning Mr. Jean-Bart, as well as other officials within the FHF, who were identified as having allegedly been involved (as principals, accomplices or instigators) in acts of systematic sexual abuse against female football players between 2014 and 2020. The proceedings are still pending with respect to other FHF officials,” FIFA said.

READ: Maternity support for female footballers welcomed as ‘essential step’ for the game

Jean-Bart’s spokesman Evan Nierman said his client would appeal the decision, saying in a statement, “FIFA’s decision is a travesty of justice and purely political move to avoid further controversy and bad press following a series of high-profile scandals. Unlike the Haitian judicial system that properly investigated and cleared Dr. Jean-Bart of any wrongdoing, FIFA failed to review actual evidence which is why Dr. Jean-Bart expects to be fully exonerated and reinstated after appealing to the Court of Arbitration for Sport.”

Court documents obtained by CNN show that Haitian judge Emilio Accime, who was leading the criminal investigation into Jean-Bart’s conduct, decided to stop proceedings and opt to close the case, due to a ‘lack of evidence.’

Accime stated in his ruling that after he had reviewed “documents we received from different parties,” he found that, “we cannot continue the investigation against Dr. Yves Jean-Bart.” without giving specific reasons for his decision to stop the investigation.

Accime said the police brigade that was asked to find victims of the abuse, the Brigade for the Protection of Minors, reported back to the court that they couldn’t find any. Even though lawyers for the victims had previously submitted statements to the court detailing their clients’ account of the molestation.

Patrice Florvilus, a lawyer representing Kri Fanm Ayiti (KRIFA), one of the women’s rights groups that have accused Jean-Bart of sexual abuse, told CNN that Accime closed the inquiry without speaking to any of the women who had alleged the abuse or hearing evidence from any of the victims.

Florvilus says that one of his clients was summoned to give evidence on November 23, but the judge closed the case before the client had a chance to give her testimony.

On Friday, the US embassy in Haiti responded to FIFA’s decision in a tweet, saying “FIFA found Yves Jean-Bart guilty of sexual harassment and abuse of female players, including minors. We regret the Haitian government’s investigation did not result in charges.”

Florvilus hopes the criminal case against Jean-Bart could continue if the judge’s decision to close the case is challenged by the Haitian government commissioner (procuror), who he says is “supposed to be the born advocate of minors.”