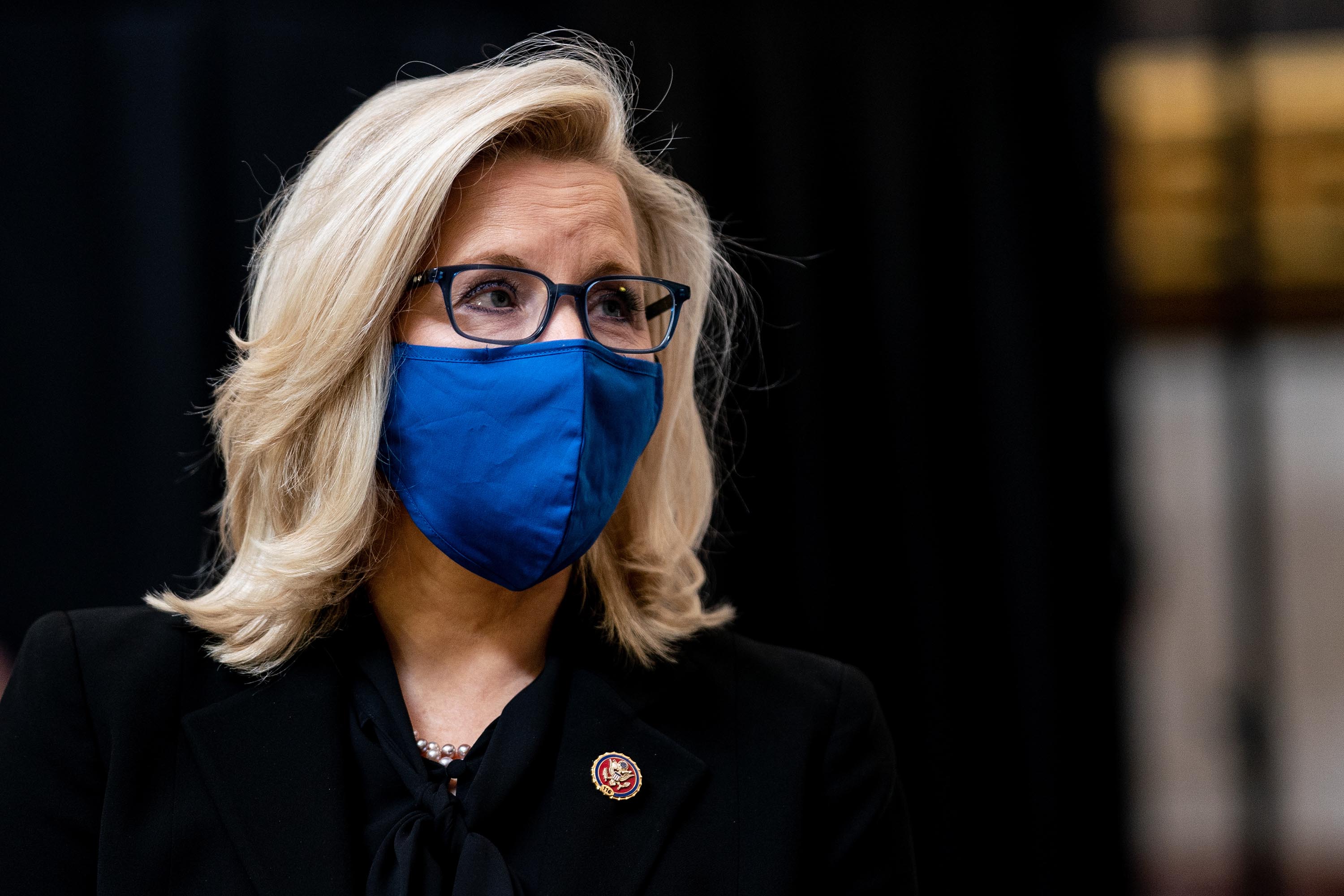 Wyoming Rep. Liz Cheney’s repeated rebuttals of former President Donald Trump’s lies that the 2020 election was stolen from him has put her in a precarious position within the Republican Party.

Just three months after an overwhelmingly vote to keep Cheney in her leadership position as the No. 3 House Republican, some of her colleagues are warning that she could face another test. House Republican Leader Kevin McCarthy said on Fox News on Tuesday that his members are “concerned about her ability to carry out the job as conference chair to carry out the message.”

Cheney spokesperson Jeremy Adler responded that the intraparty fight is over “whether the Republican Party is going to perpetuate lies about the 2020 election and attempt to whitewash what happened on Jan 6.”

“Liz will not do that,” Adler added. “That is the issue.”

Cheney has no intention of stepping aside as House Republican conference chair, two people familiar with the matter tell CNN. This means that if she’s ousted, it will have to be done through a conference vote.

Here’s how that could happen:

Leadership can singled-handedly call for a vote

McCarthy has the power to call for a quick vote that would effectively seek Cheney’s removal from his leadership team. But it’s unclear if he will do that next week when the members return to Washington, DC. A vote to oust Cheney from her leadership job seems all but certain and could happen as soon as May 12, according to several senior Republican members and aides.

Alternatively, members can petition for a vote

If McCarthy doesn’t call for a vote, another Republican could. But there are also special procedures in place to ultimately force another vote, which could take more time.

One path requires 20% of the House GOP conference — 43 members — to submit a petition for a special meeting. They would then schedule that meeting within 10 “legislative” days, or days they’re in session in the nation’s capital.

At the special meeting, the members can then bring up a resolution to remove Cheney. If two-thirds of the conference — 142 members — want, they can immediately vote. Otherwise, the petition would be referred to a committee that can then either report the petition to the conference for a full vote or kill the resolution.

Any leadership vote is a secret ballot cast behind closed doors.

In February, Cheney overwhelmingly kept her leadership position in a 145-61 vote. But some Republicans have grown increasingly irritated that she continues to publicly attack Trump, as he continues to spread the lie that widespread fraud in the 2020 election cost him the White House.

In a statement on Monday, Trump tried to rebrand his loss as “THE BIG LIE!” Cheney responded, “The 2020 presidential election was not stolen. Anyone who claims it was is spreading THE BIG LIE, turning their back on the rule of law, and poisoning our democratic system.”

Last week, McCarthy was asked if Cheney was still a good fit for leadership. He declined to endorse her as he did in February. McCarthy instead said Cheney’s future would be determined by the conference. A House GOP source who has been in contact with McCarthy said the GOP leader has been “furious” at her for weeks amid her comments about Trump.

Multiple Republican lawmakers and aides say that Cheney’s hold on her leadership post has shaken, and whether she can hang on to her role in a secret-ballot election is highly uncertain.

Republicans are keenly aware how it would appear to replace Cheney, the highest-ranking woman in GOP leadership, with a man. House aides and lawmakers tell CNN that a woman might be the best fit to be House Republican conference chair.

Some Republican women who could be in the running include Reps. Jackie Walorski of Indiana, Elise Stefanik of New York, Maria Elvira Salazar of Florida and Ashley Hinson of Iowa.

But Reps. Mike Johnson of Louisiana and Jim Banks of Indiana are also said to be potential candidates.

Multiple sources told CNN on Tuesday that Stefanik has signaled interest in taking over as the GOP conference chair and running for the job if Cheney is ousted. Two sources tell CNN that Stefanik is actively moving toward a bid and is making calls to members. Her openness could put Republicans on a path to boot Cheney swiftly when lawmakers return to Washington next week.

Rep. Guy Reschenthaler, a Pennsylvania Republican, is whipping votes for Stefanik and believes the votes are there if Cheney is in fact voted out of her position, a source familiar told CNN on Tuesday evening.