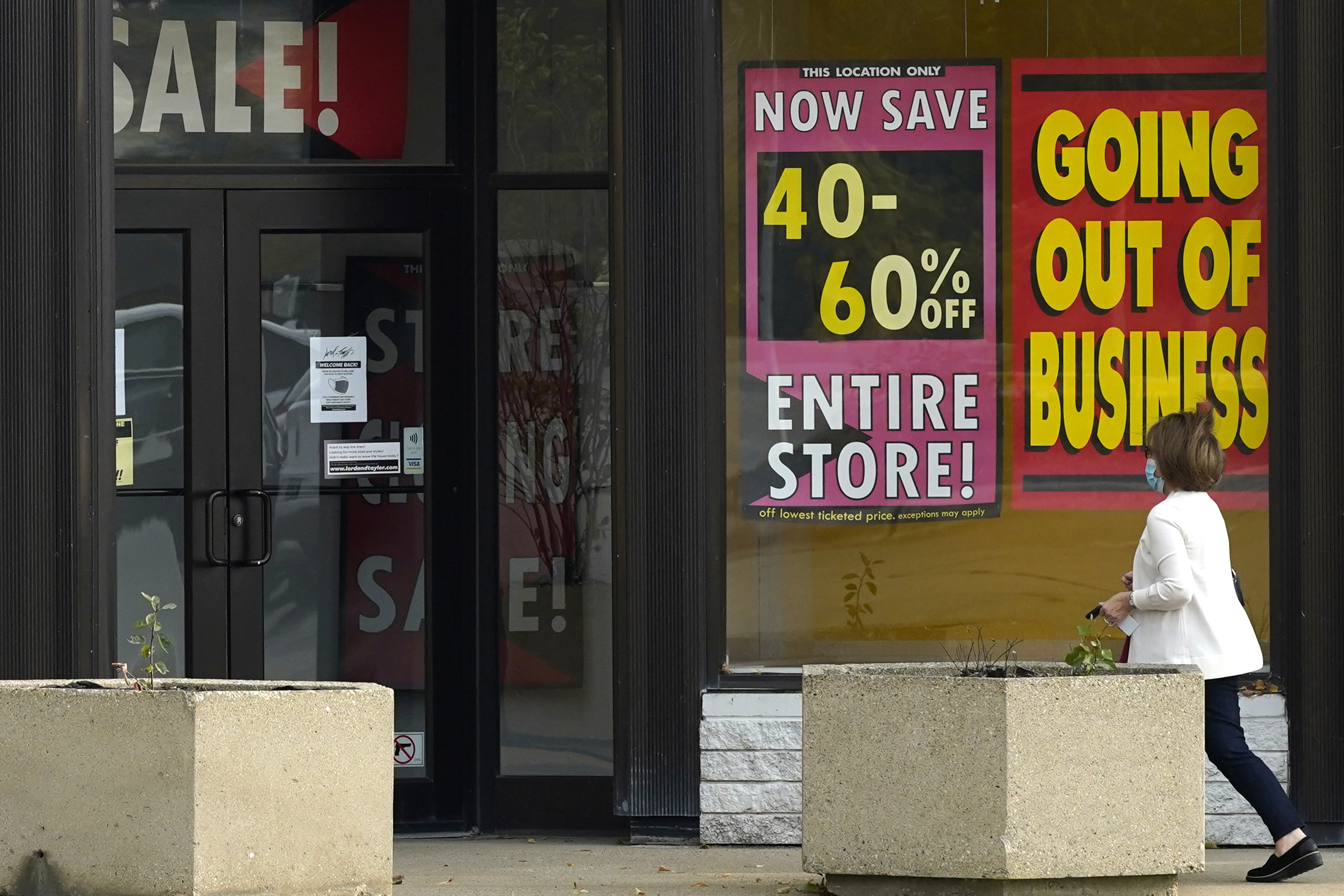 State-by-state unemployment rates fell in 37 states last month, the Bureau of Labor Statistics said Friday. But the resurgence of Covid-19 infections could reverse the recent improvements.

The economy is still fragile after the record downturn in the first half of the year, and another hit doesn’t bode well for 2021. JPMorgan became the first Wall Street bank on Friday to forecast a decline in gross domestic product — the broadest measure of economic growth — for the first quarter.

And that could reverse newly positive trends in unemployment. In October, labor market data was looking up: Illinois, for example, saw its jobless rate fall the most out of all states and the District of Columbia. It dropped by 3.6 percentage points, to 6.8% from 10.4%, in September on a seasonally adjusted basis.

That’s a great development, but whether Illinois and other states can continue that trajectory is an open question.

Illinois’s positivity rate for Covid-19 is currently at record highs and hospitalizations have surpassed the level reached in the spring, the state’s government said when introducing its Tier 3 mitigation strategy. These restrictions, implemented Friday, limit gatherings and encourage people to stay home.

Economists are cautious not to read too much into monthly swings in economic data. But given the rising number of infections and the state of the overall economy, they see a clear risk for the coming months.

“As winter approaches I do anticipate an increase in unemployment across the food and beverage complex, leisure and hospitality industries, and transportation,” said Joe Brusuelas, chief economist at RSM, who expects jobless rates to increase in select states because of the pandemic.

The health situation is deteriorating rapidly, forcing a growing number of small businesses to close, Gregory Daco, chief US economist at Oxford Economics, noted to CNN Business in an email.

Nationwide, the unemployment rate fell to 6.9% in October. Improvements since the peak of 14.7% in the spring are undeniable. Even so, the country is still far from its pre-pandemic state and remains down some 10 million jobs from February.

Hawaii and Nevada, both of which rely heavily on tourism and hospitality, continue to have the highest unemployment rates in the country, at 14.3% and 12% respectively.