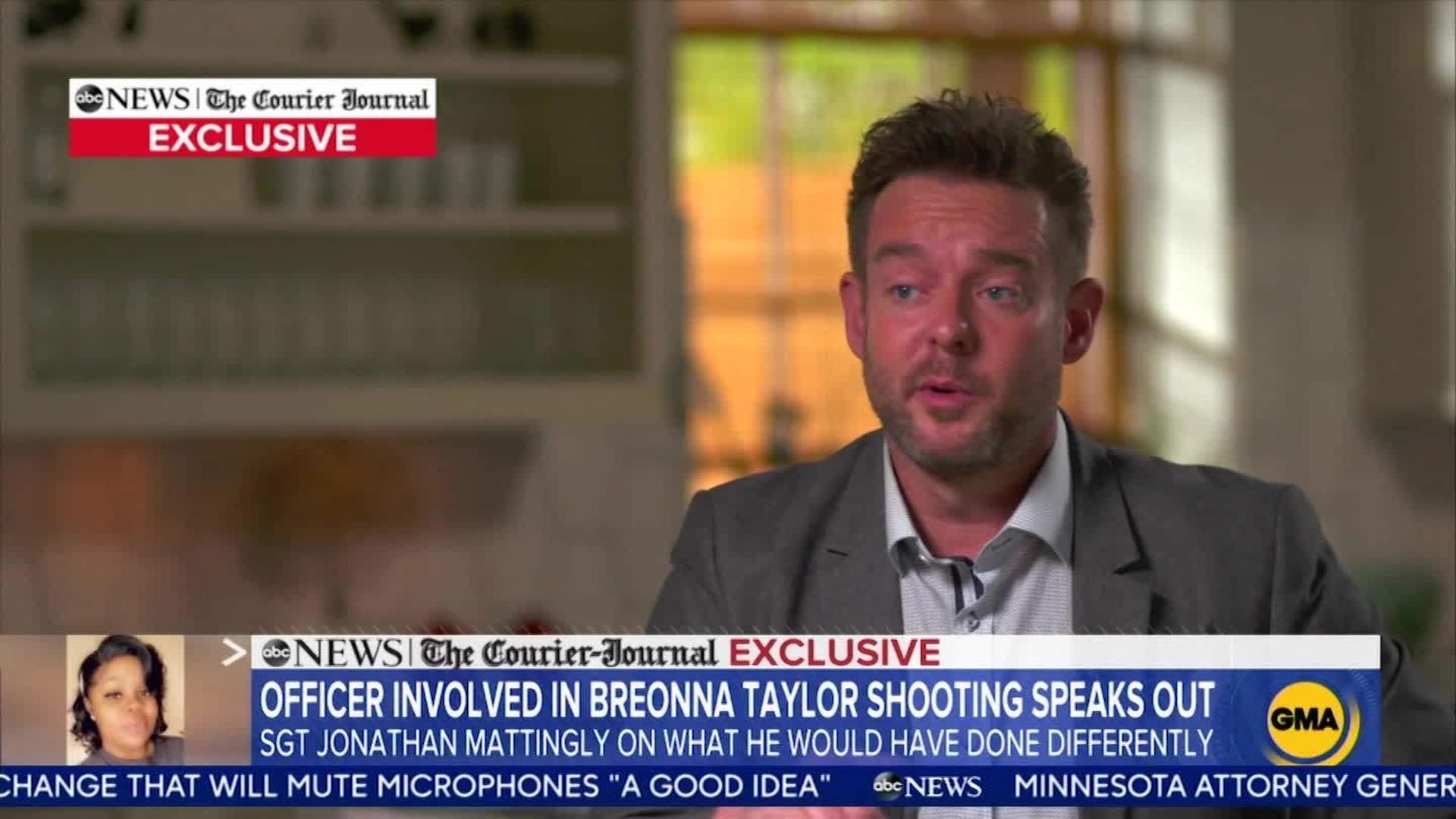 The Louisville, Kentucky, police officer who was shot while executing a no-knock warrant at Breonna Taylor’s home has sued her boyfriend Kenneth Walker III for battery, assault and emotional distress, court documents show.

Sgt. Jonathan Mattingly claims he is entitled to damages for medical treatment, trauma and pain he suffered after he was fired upon by Walker, who was with Taylor, 26, the moment she was fatally shot by police.

Mattingly’s attorney, Kent Wicker, said in a statement his client was “shot and nearly killed” by Walker.

“He’s entitled to, and should, use the legal process to seek a remedy for the injury that Walker has caused him,” Wicker said in a statement.

Walker previously filed a $10.5 million lawsuit against the Commonwealth of Kentucky, the Louisville/Jefferson County metro government and members of the Louisville Metro Police Department, seeking damages for false arrest, malicious prosecution and assault, among other claims. Mattingly’s lawsuit is a counterclaim to Walker’s.

On Friday, Walker’s attorney, Steve Romines, called Mattingly’s lawsuit “the latest in a cycle of police aggression, deflection of responsibility, and obstruction of the facts in what is an obvious coverup.”

“The counterclaim just brings it full circle. If Kenny can be sued for defending himself, make no mistake, all lawful gun owners’ rights are at risk. And that should scare everyone,” Romines said. “We intend to defend Kenny — once again — from baseless charges intended to harm, intimidate, and cover up the events of March 13th.”

According to Mattingly’s lawsuit, police forced entry after “repeatedly” knocking and announcing their presence at Taylor’s home in the early hours of March 13.

“As the door opened, Mattingly saw Walker standing down the hallway with his gun trained at him. At the same moment, Mattingly felt a sharp, hot pain in his leg and realized he had been shot by Walker,” the lawsuit says. “The shot struck Sergeant Mattingly in his femoral artery, in his upper thigh, and caused serious injury to Mattingly that required emergency medical attention.”

In response, Mattingly, who was at the entrance of Taylor’s home, fired six shots down the hallway, Kentucky Attorney General Daniel Cameron said in a news conference in late September.

Detective Myles Cosgrove, who was also in the doorway, shot 16 times, and former detective Brett Hankison fired his weapon 10 times, “including from an outside sliding glass door and through a bedroom window,” Cameron said.

An investigation by Cameron’s office found LMPD officers were justified in their use of force — which led to Taylor’s death — because they were responding to the shot fired by Walker. An FBI ballistics analysis showed Cosgrove fired the shot that killed Taylor, Cameron said.

Romines, Walker’s attorney, has told CNN that “ballistics do not establish that Walker shot Mattingly.”

Walker has maintained he discharged his weapon under Kentucky’s “stand your ground” law, because he thought intruders were breaking into Taylor’s home. Walker was initially charged with attempted murder, but the charge was later dropped.

Walker has agreed the officers knocked, but he has repeatedly said he didn’t hear them identify themselves as police — otherwise he would not have grabbed his gun.

Taylor’s death has fueled months of protests over racial injustice and police brutality, along with the deaths of other Black people at the hands of police, like George Floyd in Minneapolis and Rayshard Brooks in Atlanta, among others.

Mattingly spoke with ABC News and the Courier Journal newspaper in Louisville earlier this month to give his first public comments on the shooting.

“He wasn’t shooting at the ground,” Mattingly told “Good Morning America” of Walker. “He’s pushed out with two hands looking straight at me. I saw his gun. Our postures were the same, looking at each other, when he fired that shot.”

Mattingly also said the shooting had nothing to do with race or racial profiling.

Ultimately, only one officer, Hankison, was indicted on three counts of wanton endangerment in the first degree in connection with Taylor’s death. He was not charged with causing her death, but for “wantonly and blindly” firing at her apartment.

Some of those bullets went through her apartment and into one next door, where three people were inside, including a pregnant woman and a child.

Hankison has pleaded not guilty.

The attorney general’s handling of the case has come under increased scrutiny, including from two anonymous grand jurors who heard Cameron’s presentation of the case. Two of them told journalists this week that prosecutors were dismissive of their questions and there was an “uproar” when the grand jurors realized Louisville police officers would not be charged in Taylor’s death.

Six potential homicide charges were not considered against the LMPD officers who fired their weapons into Taylor’s apartment, because they were “justified in the return of deadly fire,” after Walker shot, Cameron said last month. He said the “grand jury agreed.”

Anonymous Grand Juror No. 1 disputed his comments, calling them inaccurate.

“Even though we asked for other charges to be brought, we were never told of any additional charges. We were just told that they didn’t feel that they can make any charges stick” and that LMPD officers were justified in returning fire, the juror said.