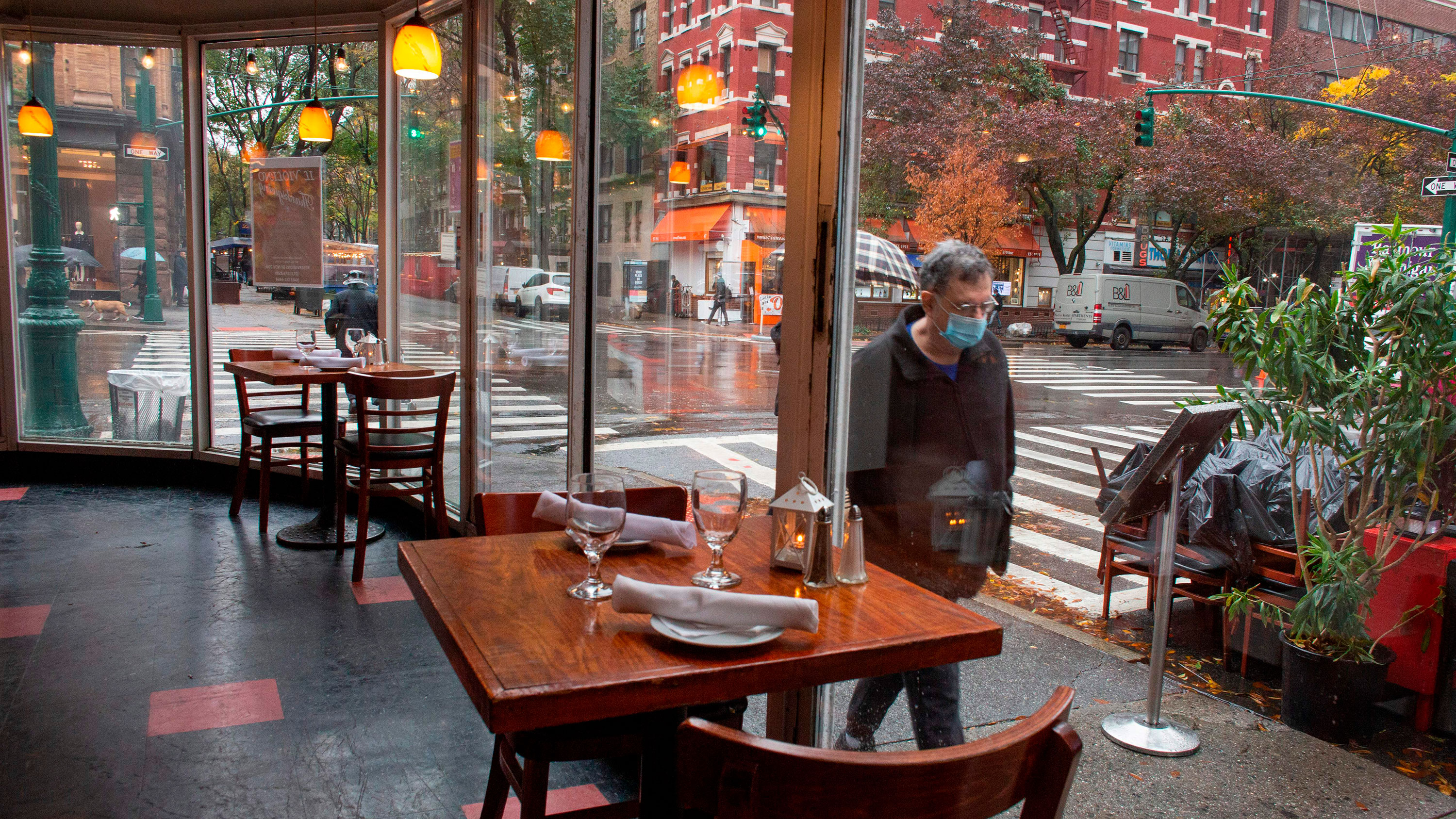 The pandemic is intensifying, statewide curfews are back and Washington is asleep at the wheel. This toxic backdrop is derailing the US economic recovery just as Joe Biden prepares to take charge — and JPMorgan is warning the economy is in fact about to shrink.

On Friday, JPMorgan became the first Wall Street bank to warn that GDP will turn negative by early next year as Americans wait for vaccines to get distributed.

“This winter will be grim,” JPMorgan economists wrote in a client note, “and we believe the economy will contract again” in the first quarter.

After blockbuster growth this summer, the economy is rapidly losing momentum. The third quarter brought a record 33.1% annualized growth, but now JPMorgan expects GDP to slow to 2.8% in the fourth quarter and then shrink by 1% during the first three months of 2021.

Covid-19 infections have skyrocketed to record highs, forcing the return of dreaded health restrictions: New York City public schools shut down again this week, California and Ohio issued statewide curfews and even the National Zoo is closing again. All of these steps will add pressure to the US economy.

The federal government can’t agree on how to treat the renewed economic weakness. Republicans and Democrats have repeatedly failed to reach a deal on new fiscal relief, setting up a scenario where 12 million Americans could lose benefits by the end of the year.

The Treasury Department added to the mess Thursday by yanking $455 billion of funds the Federal Reserve was using for emergency lending programs. The Fed issued a statement opposing the move, marking a rare public dispute between the central bank and Treasury Department -— in the middle of a crisis, no less.

Treasury Secretary Steven Mnuchin said those funds can be used by Congress to stimulate the economy, but there’s no guarantee a deal can be reached there. And this is a bizarre time to remove ammo the Fed is using to fight the crisis.

“Trump would have signed a bill pre-election. Now he is unpredictable and our national government seems to be in chaos,” Kotok said.

Even the US Chamber of Commerce, a normally Republican-friendly organization, said Mnuchin’s decision “closes the door on important liquidity options for businesses at a time when they need them most,” adding that it “unnecessarily ties the hands of the incoming administration.”

Light at the end of the tunnel

The good news is that medical breakthroughs suggest the economic revival could get back on track later next year. Both Pfizer and Moderna have announced early results indicating their vaccine candidates are about 95% effective — far more than experts had anticipated.

Although it will take time to distribute those vaccines, they should eventually bring relief to the parts of the economy crushed by the pandemic: hotels, airlines, cruise lines, restaurants and movie theaters.

“The early success of some major vaccine trials increases our confidence that such medical intervention can limit the damage that the virus has inflicted on the US economy,” JPMorgan economists wrote.

JPMorgan expects the economy to grow “briskly” during the second and third quarters, with annualized growth of 4.5% and 6.5%, respectively.