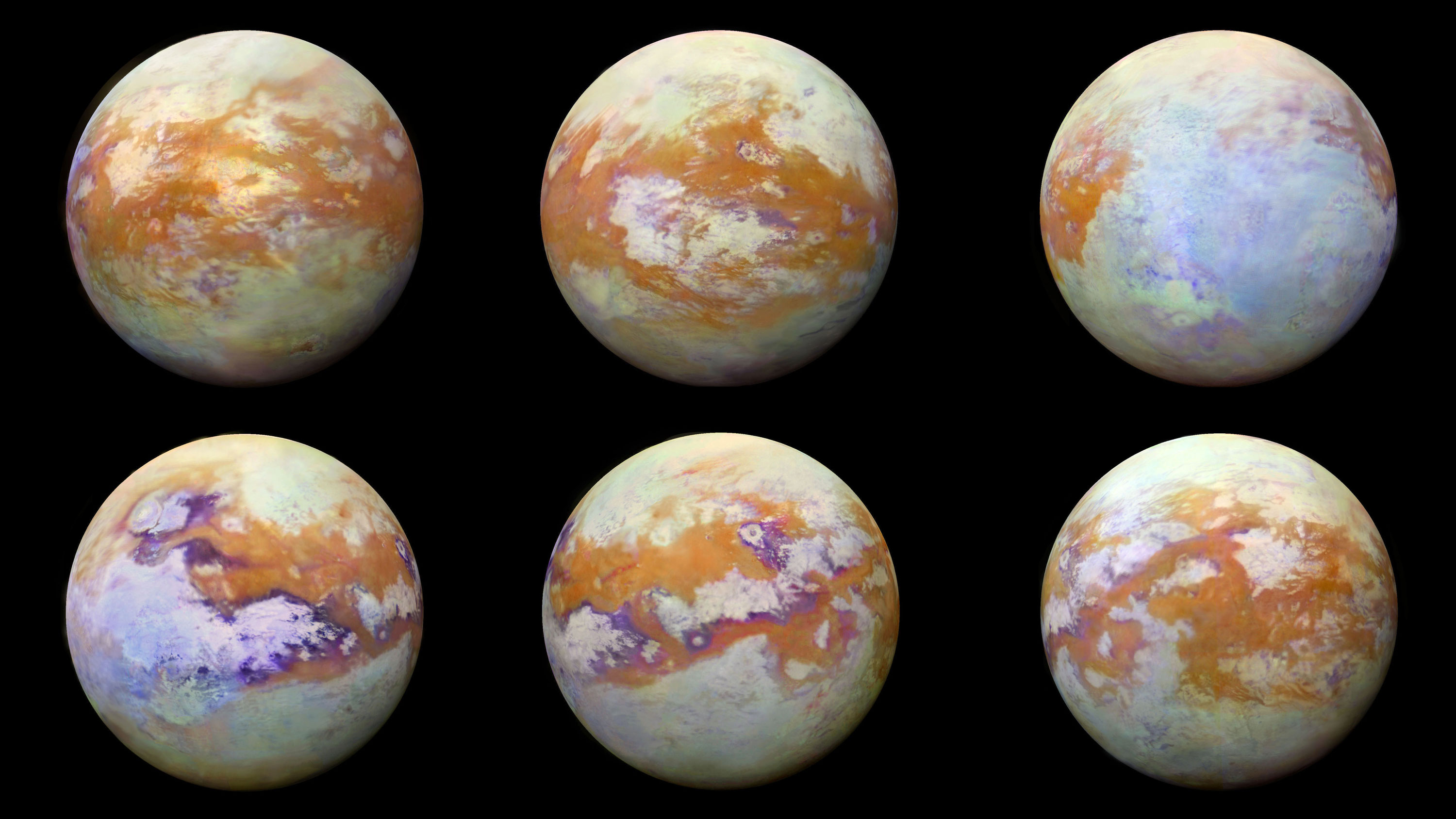 Saturn’s largest moon, Titan, is the only moon in our solar system that has a thick atmosphere. It’s four times denser than Earth’s. And now, scientists have discovered a molecule in it that has never been found in any other atmosphere.

The particle is called cyclopropenylidene, or C3H2, and it’s made of carbon and hydrogen. This simple carbon-based molecule could be a precursor that contributes to chemical reactions that may create complex compounds. And those compounds could be the basis for potential life on Titan.

The molecule was first noticed as researchers used the Atacama Large Millimeter/submillimeter Array of telescopes in Chile. This radio telescope observatory captures a range of light signatures, which revealed the molecule among the unique chemistry of Titan’s atmosphere.

The study published earlier this month in the Astronomical Journal.

“When I realized I was looking at cyclopropenylidene, my first thought was, ‘Well, this is really unexpected,'” said lead study author Conor Nixon, planetary scientist at NASA’s Goddard Space Flight Center in Greenbelt, Maryland, in a statement.

Cyclopropenylidene has been detected elsewhere across our galaxy, mainly in molecular clouds of gas and dust including the Taurus Molecular Cloud. This cloud, where stars are born, is located 400 light-years away in the Taurus constellation. In these clouds, temperatures are too cold for many chemical reactions to occur.

But finding it in an atmosphere is a different story. This molecule can react easily when it collides with others to form something new. The researchers were likely able to spot it because they were looking through the upper layers of Titan’s atmosphere, where the molecule has fewer gases it can interact with.

“Titan is unique in our solar system,” Nixon said. “It has proved to be a treasure trove of new molecules.”

Cyclopropenylidene is the second cyclic or closed-loop molecule detected at Titan; the first was benzene in 2003. Benzene is an organic chemical compound composed of carbon and hydrogen atoms. On Earth, benzene is found in crude oil, is used as an industrial chemical and occurs naturally in the wake of volcanoes and forest fires.

Cyclic molecules are crucial because they form the backbone rings for the nucleobases of DNA, according to NASA.

“The cyclic nature of them opens up this extra branch of chemistry that allows you to build these biologically important molecules,” said study coauthor Alexander Thelen, an astrobiologist at Goddard, in a statement.

When the researchers discovered cyclopropenylidene in Titan’s atmosphere, they looked over data captured by NASA’s Cassini mission. The spacecraft performed 127 close flybys of Titan between 2004 and 2017. Cassini’s mass spectrometer detected a chemical signature of the same molecule, the researchers found.

“It’s a very weird little molecule, so it’s not going be the kind you learn about in high school chemistry or even undergraduate chemistry,” said c. Malaska was not involved with this study, but he researches Titan.

“Every little piece and part you can discover can help you put together the huge puzzle of all the things going on there.”

And discovering cyclopropenylidene on Titan adds to the moon’s intrigue.

Scientists compare Titan to Earth because of its unique qualities.

Titan has a dense atmosphere of nitrogen and methane, which gives it a fuzzy orange appearance. Its atmospheric pressure is 60% greater than Earth’s, meaning it exerts the kind of pressure you feel at the bottom of a swimming pool, according to NASA.

When sunlight touches Titan, those methane and nitrogen molecules in the atmosphere break apart. This creates intriguing complex organic chemistry in Titan’s atmosphere that has captivated scientists. Researchers are still sifting through Cassini data to try and determine what some of the chemical signatures were that the spacecraft detected.

Titan also has Earth-like liquid bodies on its surface, but the rivers, lakes and seas are made of liquid ethane and methane, which form clouds and cause liquid gas to rain from the sky. Researchers also believe Titan has an internal liquid water ocean.

What’s more, the surface temperature is so cold — minus 290 degrees Fahrenheit — that the rivers and lakes were carved out by methane, the way rocks and lava helped to form features and channels on Earth.

Mapping by NASA’s Cassini mission revealed that Titan is largely covered in organic plains, which are plains and dunes of organic material that rain down on the surface.

“We’re trying to figure out if Titan is habitable,” said Rosaly Lopes, a senior research scientist and Titan expert at JPL, in a statement. “So we want to know what compounds from the atmosphere get to the surface, and then, whether that material can get through the ice crust to the ocean below, because we think the ocean is where the habitable conditions are.”

Understanding the organic material sitting on Titan’s surface could reveal more about Earth’s history. Early on, our planet’s atmosphere was dominated by methane rather than oxygen. In fact, early Earth and Titan could be very similar.

Titan will be explored by NASA’s Dragonfly mission in the future. Dragonfly will launch in 2026 and reach Titan in 2034.

The Mars rover-size drone will fly through Titan’s thick atmosphere to visit an impact crater, where researchers believe that important ingredients for life mixed together when something hit Titan in the past, possibly tens of thousands of years ago.

Dragonfly will spend two and a half years flying around Titan. It only has propellers, with skids to land but no wheels to allow it to roam over the surface. The mission will also explore Titan’s atmosphere, surface properties, subsurface ocean and liquid on the surface.

“We think of Titan as a real-life laboratory where we can see similar chemistry to that of ancient Earth when life was taking hold here,” said Melissa Trainer, a NASA Goddard astrobiologist and Dragonfly mission deputy principal investigator, in a statement.

“We’ll be looking for bigger molecules than C3H2,” Trainer said, “but we need to know what’s happening in the atmosphere to understand the chemical reactions that lead complex organic molecules to form and rain down to the surface.”