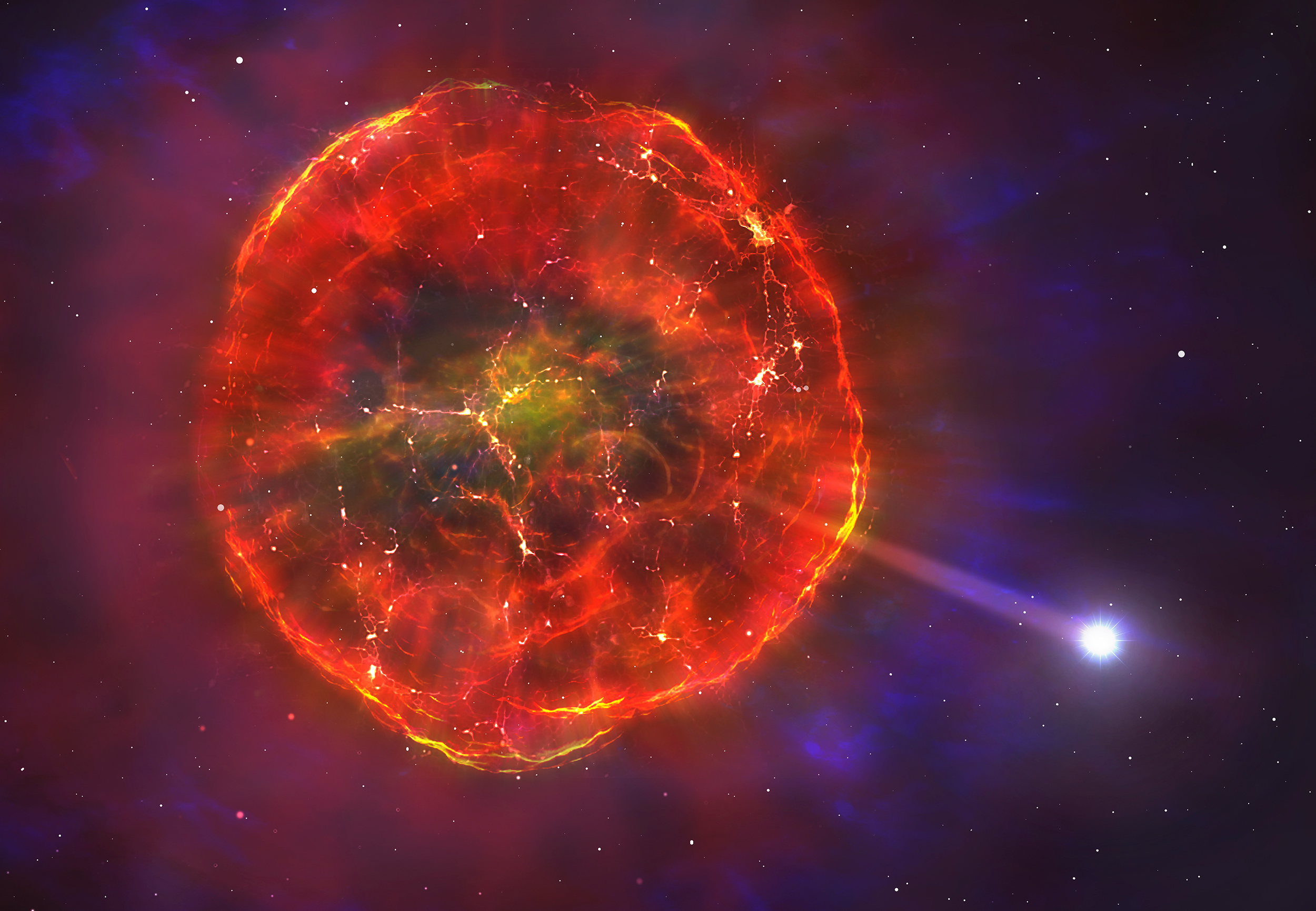 A white dwarf star has been sent zooming across our Milky Way galaxy thanks to the blast from a unique kind of supernova that it managed to survive, according to a new study.

White dwarf stars are what remain after massive red giant stars die and lose their outer layers. They take billions of years to cool.

But this star, dubbed SDSS J1240+6710 by researchers, isn’t a typical white dwarf. Usually, white dwarf stars have hydrogen and helium atmospheres, sometimes dotted with carbon or oxygen that was once in the core of the star.

However, this star, which was discovered in 2015, included an entirely different and odd concoction. The star’s atmosphere includes oxygen, silicon, magnesium, neon, carbon, sodium and aluminum. These ingredients are typical of the first thermonuclear reactions that occur in a supernova, which occurs when a star’s core collapses in on itself.

But the white dwarf was missing another uniquer aspect of a supernova — heavier elements like iron, nickel, chromium or manganese.

The study published Tuesday in the Monthly Notices of the Royal Astronomical Society.

The star was likely once part of a binary pair, meaning it was in orbit around another star. When the star experienced this partial supernova, it blasted out much of its mass and managed to break this orbit, sending the two stars flying in opposite directions across our galaxy. The researchers compared the movement to that of a slingshot.

In the new analysis, the researchers measured the white dwarf’s velocity and it’s currently streaking across our galaxy at 559,234 miles per hour.

“This star is unique because it has all the key features of a white dwarf but it has this very high velocity and unusual abundances that make no sense when combined with its low mass,” said Boris Gaensicke, lead study author and professor in the department of physics at the University of Warwick in England, said in a statement.

The white dwarf’s chemical composition, low mass and high velocity suggest both that it was closely orbiting another star and experienced the hallmarks of “thermonuclear ignition.”

“It would have been a type of supernova, but of a kind that we haven’t seen before,” Gaensicke said.

The researchers believed that whatever type of supernova happened here is one they haven’t observed before. Previous research has hinted that thermonuclear supernovae can occur under different conditions than those they have observed.

This wasn’t a Type 1a supernovae, which are well-studied supernovae that help astronomers map the structure of the universe. This partial supernova lacked the signature long afterglow of a Type 1a, which is due to radioactive nickel. Instead, this one likely only emitted a brief flash that would be very difficult to detect.

Unfortunately, when a star goes supernova, it’s hard for astronomers to piece together its properties before the explosion. But the discovery of supernova survivors moving through our galaxy, like this white dwarf, could suggest what other types of supernovae exist that have never been observed.

“We are now discovering that there are different types of white dwarf that survive supernovae under different conditions and using the compositions, masses and velocities that they have, we can figure out what type of supernova they have undergone,” Gaensicke said.

“There is clearly a whole zoo [of supernovae] out there. Studying the survivors of supernovae in our Milky Way will help us to understand the myriads of supernovae that we see going off in other galaxies.”

Kepler, study coauthor and a professor at the Universidade Federal do Rio Grande do Sul in Brazil, said this white dwarf is a testimony to the results of the way binary stars evolve and interact and their “effect on the chemical evolution of the universe.”