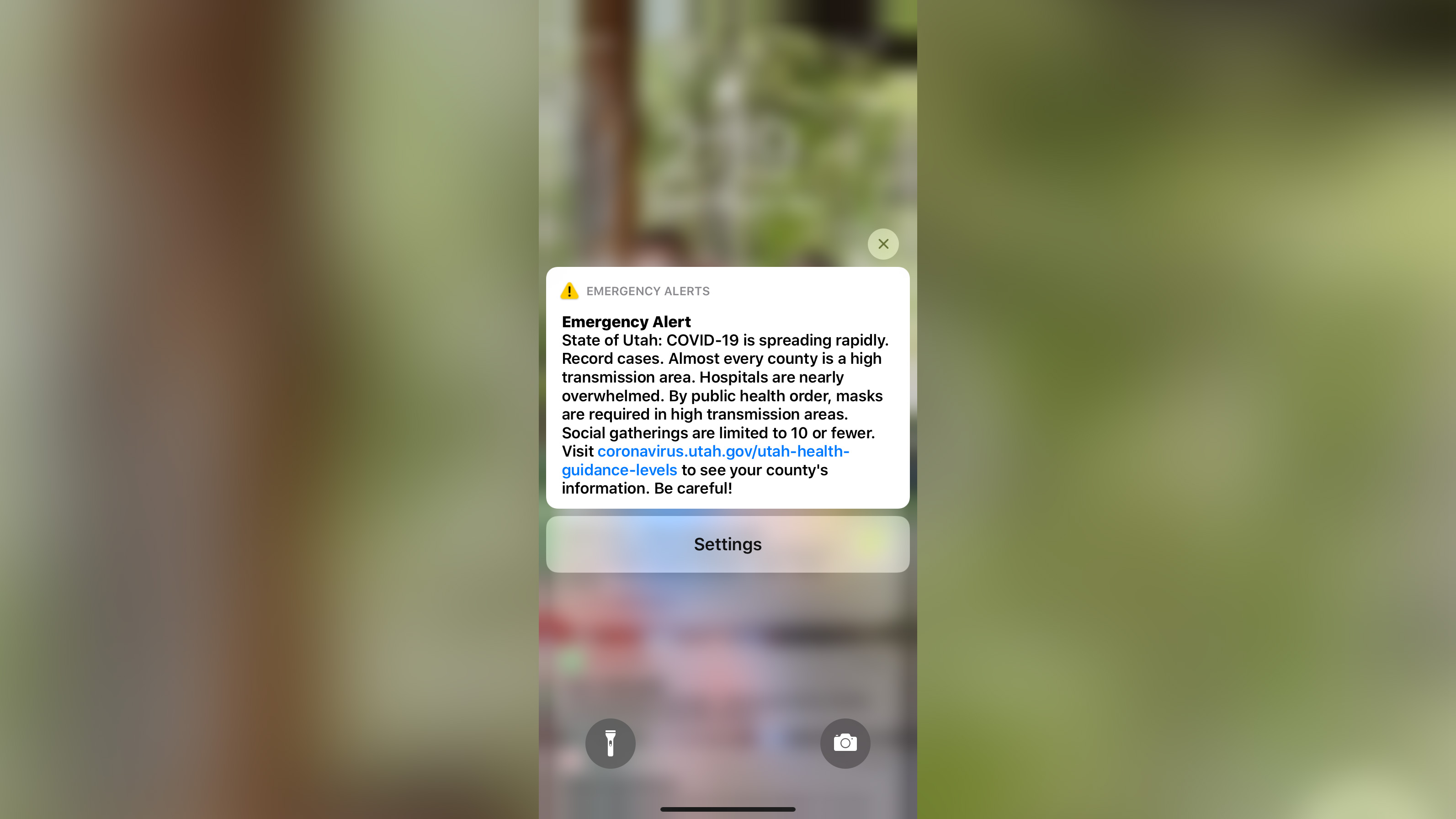 The alarming alert was sent to everyone in Utah who had a phone capable of receiving one: the state has reached a record number of Covid-19 cases, and it was time to get serious.

“Be careful!” it warned, alongside a link containing more information about the ever-worsening coronavirus surge.

The messages were sent beginning at 2 p.m. on Friday and remained active for 15 minutes.

Typically used for severe weather and AMBER Alerts, state and local officials are increasingly deploying these Wireless Emergency Alerts (WEA) to warn of Covid-19 spikes as well. Through late September, according to the Federal Emergency Management Agency (FEMA), local officials had sent the public than 400 such alerts.

Typically they are targeted to a city; New Yorkers have gotten a few. But Utah’s appears to be the first time a WEA was sent to an entire state. Officials explained in a news statement that the “dire situation” there drove them to try the stark approach.

“Despite the ongoing pandemic, there are a number of people who are not aware of the dire situation we find ourselves in,” state officials said. “As a result, the emergency alert was an effort to “make sure nearly everyone is aware of the serious nature of the pandemic.”

In a press conference on Thursday, Utah Gov. Gary Herbert called the state’s situation “one of the worst outbreaks in the country.”

The state reported a record 2,281 new Covid-19 cases Friday, according to state data. Previously, its record high was 1,989 cases on October 22. Furthermore, its 7-day case average now sits at a record of 1,621.7 cases, and its percentage of positive tests is at a record 18.17% as of Friday. All of these barometers are steadily climbing.

Meanwhile, 72.5% of Utah’s ICU beds are occupied, along with 54% of its traditional beds, according to the state dashboard, meaning that hospitals are quickly running out of space for new patients.

All this comes as the US hits a record of 9 million Covid-19 cases, a number that experts are warning will continue to surge.